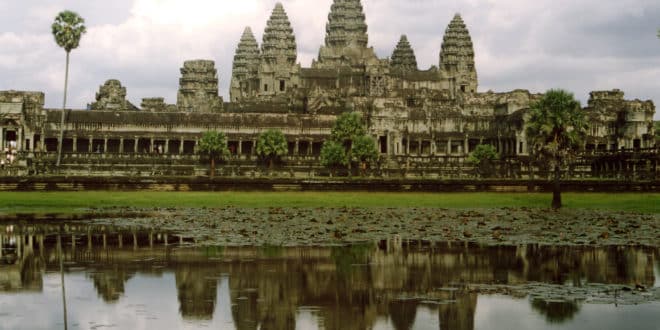 The United Nations Educational, Scientific and Cultural Organisation (UNESCO) is well-known throughout the world for labeling locations that are of immense historical value to the world’s inhabitants. UNESCO has a world heritage list of sites that they feel meet at least one of ten well-defined criteria. The criteria may include places of exceptional beauty, representations of creative genius, or sites that provide proof of the existence of cultural traditions or civilizations that may or may not be extinct, for example. Here are six examples of locations that are on UNESCO’s world heritage site list where any international traveler would enjoy spending some of their precious travel time.

Vatican City is most commonly known for being the world’s smallest entirely independent state. From the 4th century up until 1870, the territory surrounding Rome was ruled by the Vatican, which also served as the capital of the Papal States. In 1929, the fascist Italian government formally recognized Vatican City’s sovereignty in the Lateran Treaty. This sovereignty, to this day, is exercised by the pope as the representative of the Roman Catholic Church. 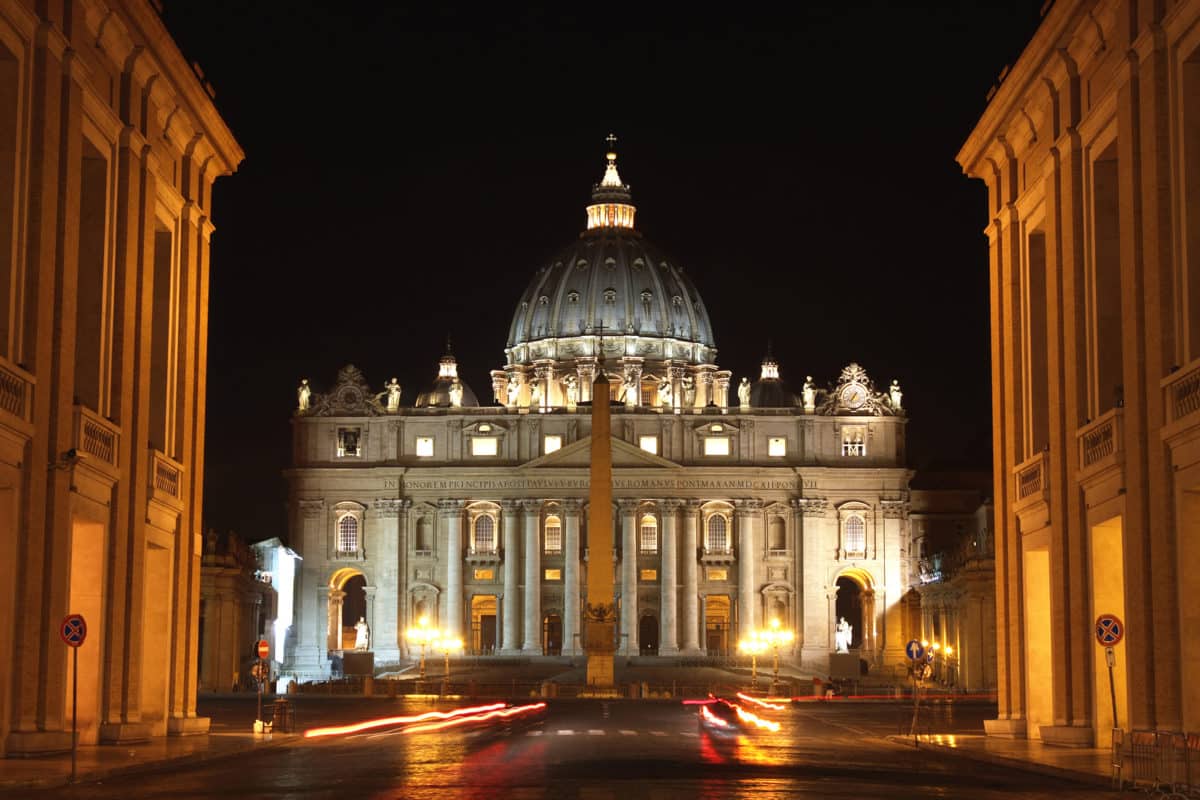 Although very small, Vatican City has many places within it to visit. The Apostolic Palace, where the pope resides, is a very popular tourist attraction but unless you have made proper arrangements ahead of your visit, you are very unlikely to see the pope. St. Peter’s Square and St Peter’s Basilica go hand in hand, where the Basilica is one of the largest and renowned churches of the world while the Square is an enormous plaza located in front of the church. 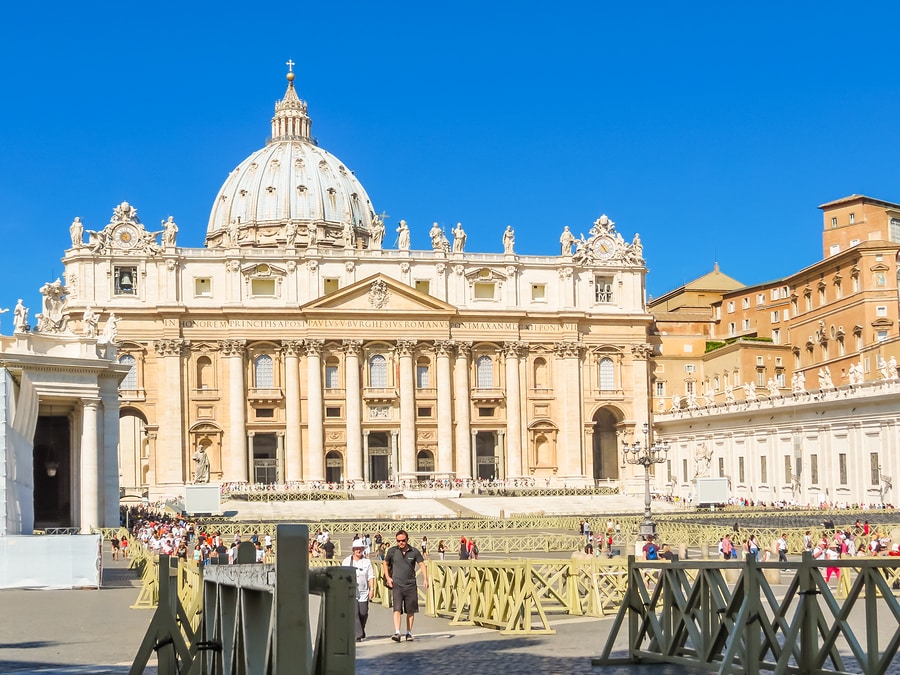 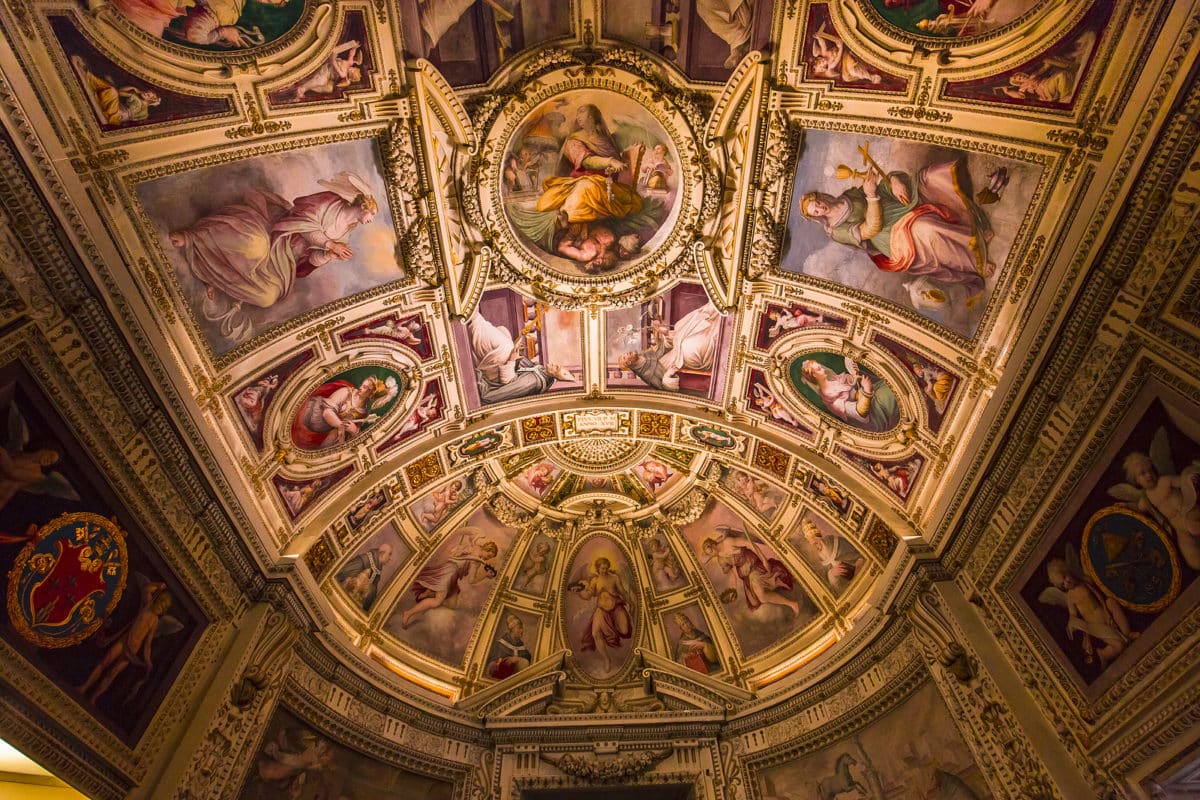 Interiors and architectural details of the Vatican museum

According to UNESCO, Angkor is one of the most important historical sites located in South-East Asia. As the center of the Khmer kingdom, it holds within it awe-inspiring monuments and various ancient urban plans as testimonies to the architectural ingenuity of the Khmer empire such as the temple of Angkor Wat as well as the Bayon, the Preah Khan, etc. 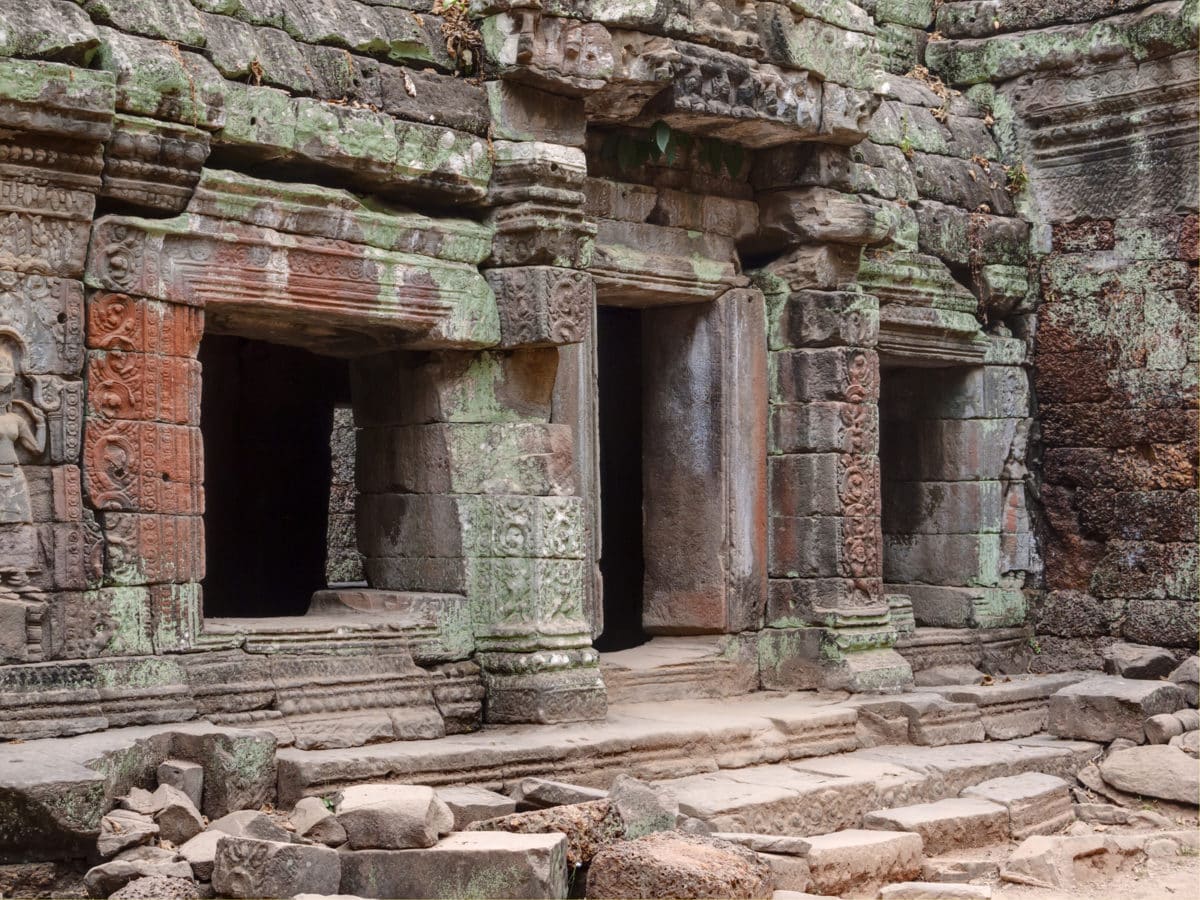 The Khmer empire of the 9th to 14th centuries played an essential role in the political and cultural development of the region, and the Angkor complex represents the entire range of Khmer art during this period. The places to visit in this magnificent site are many, including but not limited to Angkor Wat with its gopuras (entrance buildings), decorations representing different scenes from mythology, elephant gates’, and Hindu epics that are integrated with the architecture of the building. Also, the Angkor Thom with its naga carrying giant figures and the Bayon with its 200 faces of Lokesvara. 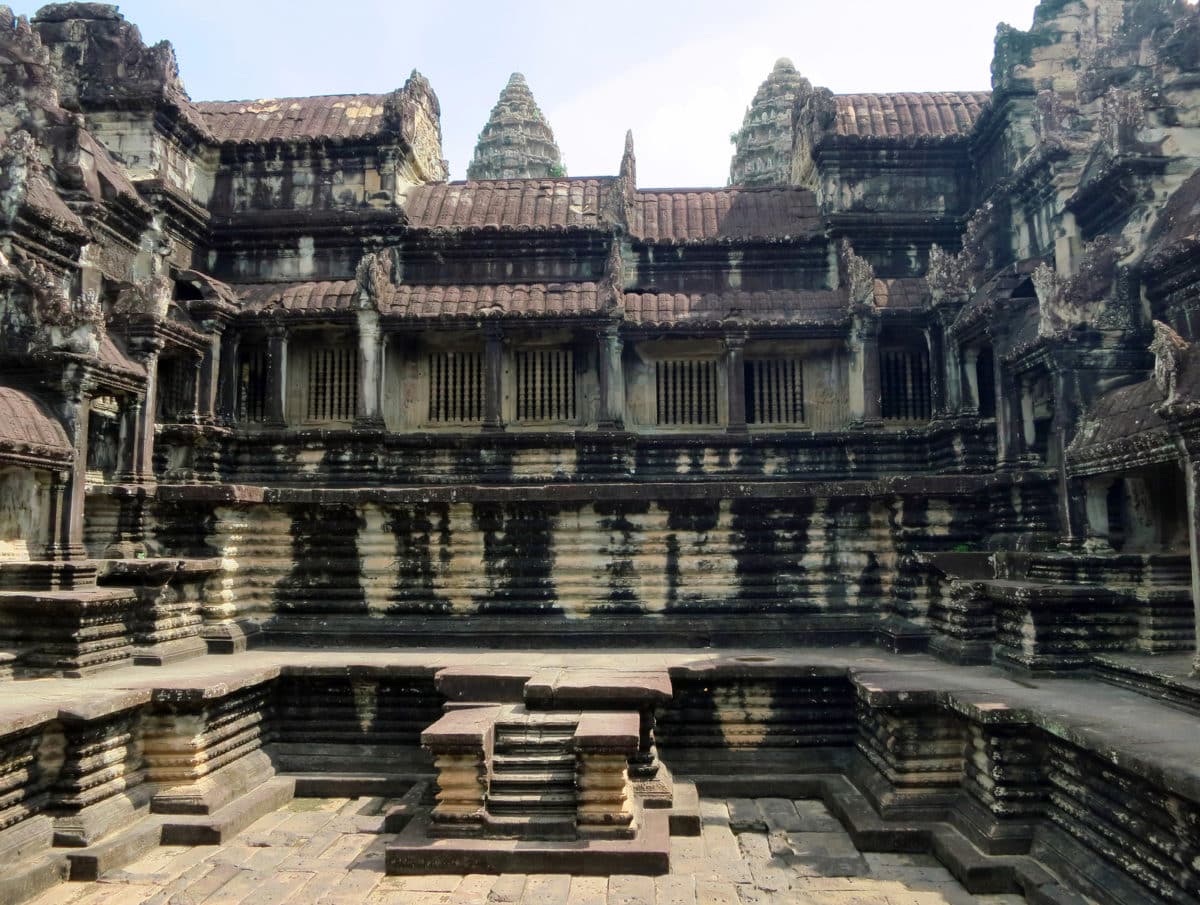 Pool in a large room ruins of Angkor Wat

3. Mausoleum of the First Qin Emperor

One of the most visited heritage sites in China is the Mausoleum of the First Qin Emperor. This site served as the burial ground of emperor Qin Shi Huang, the first person to unify all of China. This UNESCO site is the tomb that is well-known for being surrounded by the famous terracotta warriors. The mausoleum is located at the northern foot of the Lishan Mountain. It is believed to be the most massive tomb in Chinese history with a unique layout, testifying to the founding of the famous Qin dynasty. In 3 BCE, the dynasty held unparalleled military, economic and political power and advanced the level of the empire in various areas. 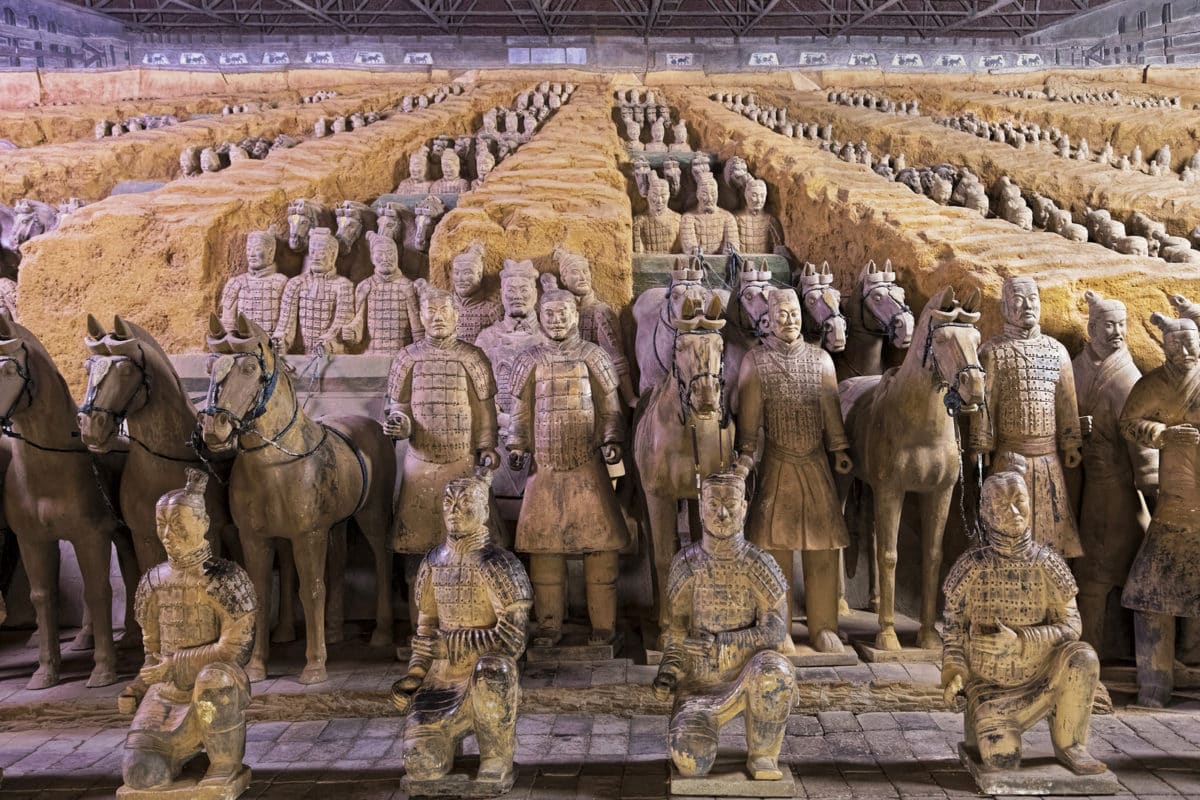 According to legend, Rome was founded by Romulus and Remus in 753 B.C. Rome went from initially being the center of the Roman Republic, to the center of the Roman Empire, to the capital of the entire Christian world in the 4th century. The city holds a historical value that is undeniable and serves as a testimony to the art produced over a time span of 3 millennia. These include artwork such as monuments of antiquity (like the Colosseum), various fortifications and urban developments from different periods throughout history including the Enlightenment and Renaissance periods. 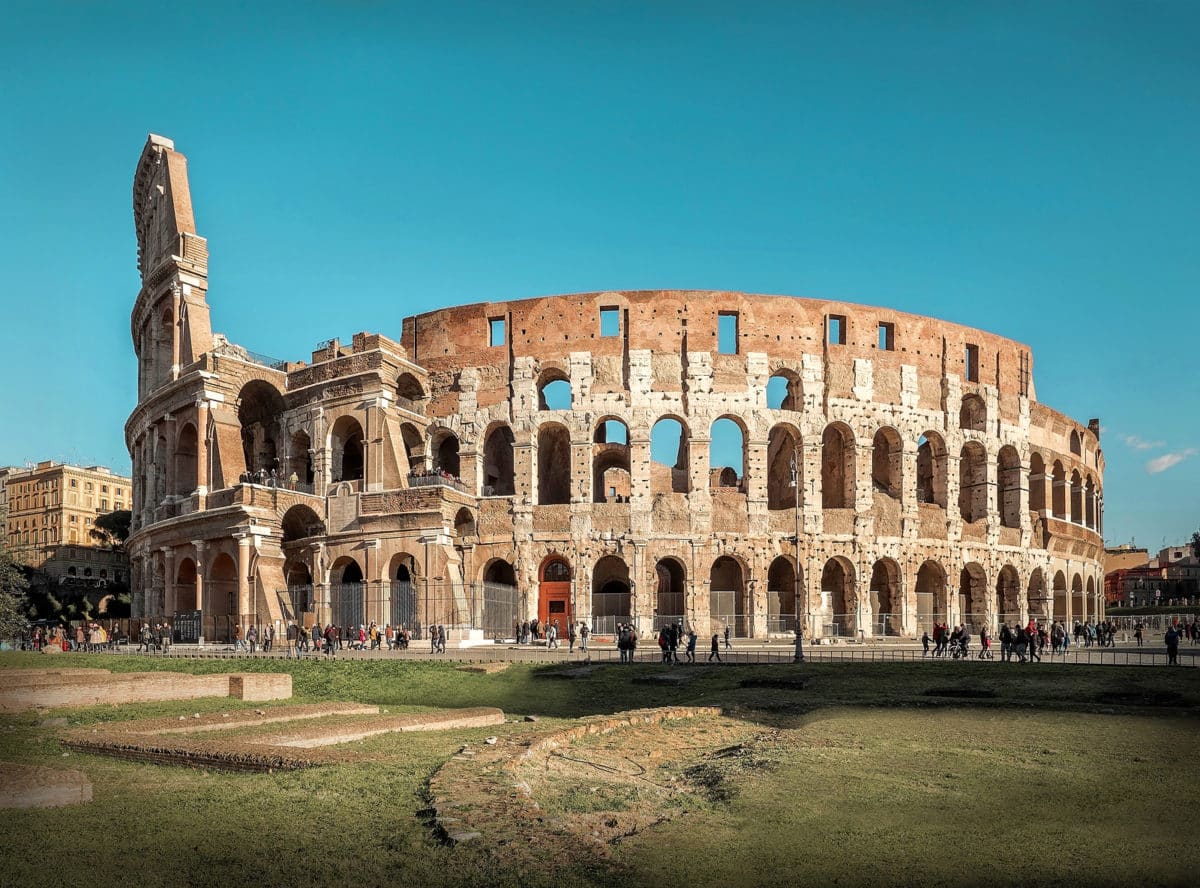 The city is overflowing with numerous tourist spots such as the Mausoleum of Augustus and a large tomb that was built by Roman emperor Augustus. There is also the Colosseum with its inner and outer structure along with the Hypogeum, the extensive network of rooms and tunnels underneath the Colosseum. These rooms and tunnels lead to other areas such as the Imperial Palace & the Gladiator schools, as well as the Pantheon which was a former Roman temple transformed into a church and known for its architectural beauty.

5. The Great Wall of China

The Great Wall of China has a very significant history. Initiated by Qin Shi-Huang in 220 B.C., earlier fortifications against invasions from the north were joined together. This construction continued under various dynasties before coming to completion under the Ming dynasty in the 17th century, after which the Great Wall inarguably became the world’s largest military structure. It has a total length of over 20,000 kilometers and it begins at Shanhaiguan in the Hebei province and stretches over all the way to Jiayuguan in the Gansu province. 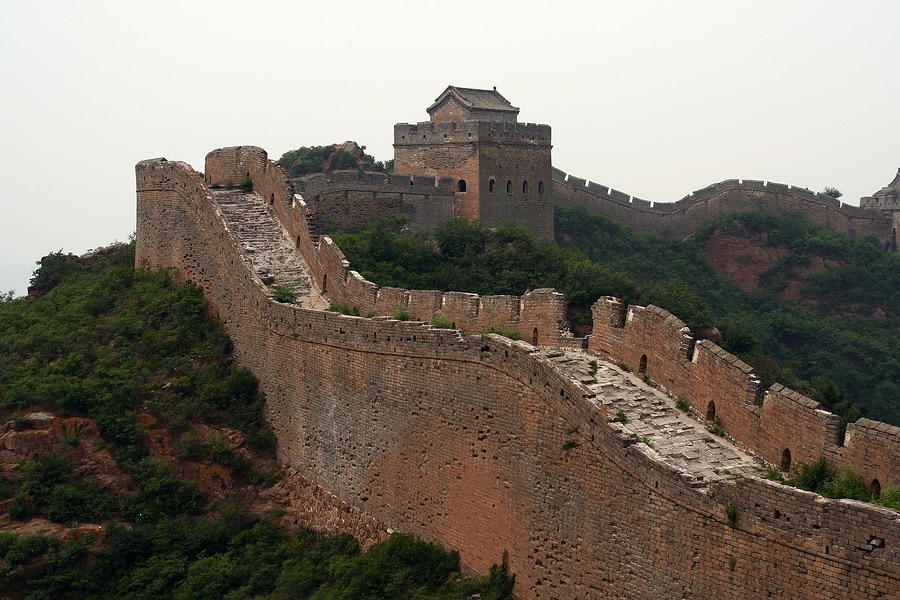 As much as it sounds merely like a giant wall, it attracts many tourists. The most popular places to visit the wall include Badaling, as this section equipped with cableway, handrails, and pulleys, etc. making it easy to climb. There is also the Mutianyu from which has magnificent scenery in almost every direction and Jinshanling also known for its breath-taking view. Here there is also a variety of watchtowers providing an ideal place for photography and hiking. 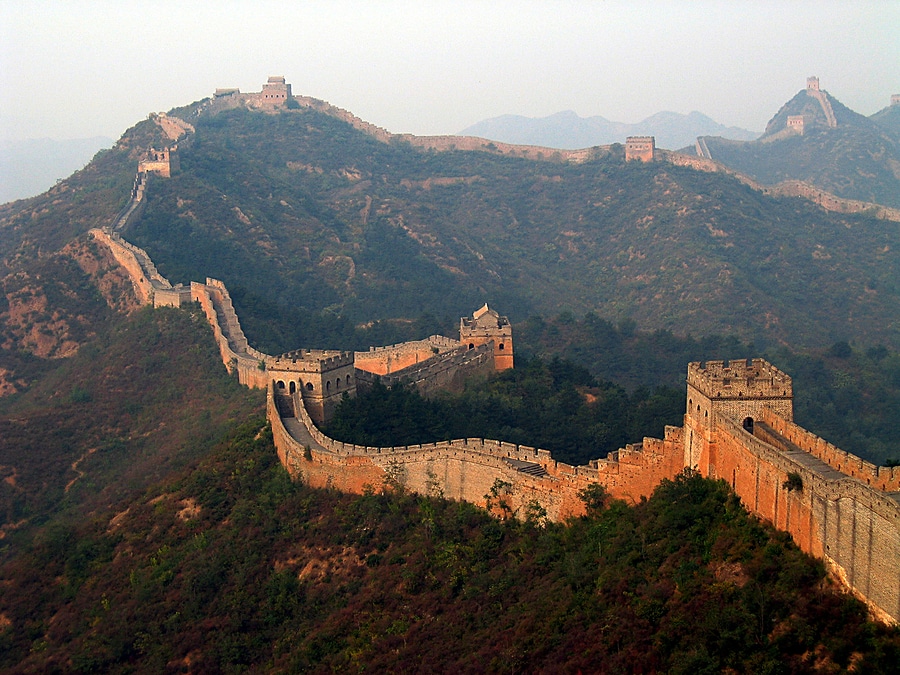 Bern, Switzerland was founded in the 12th century and comprises of buildings from various time periods including 15th-century arcades and 16th-century fountains. Since its foundation, it has expanded quite a lot which is visible in its urban structure. The planning of the city was well thought out and its medieval establishment results in Bern being a classic example of the High Middle-Ages architecture. 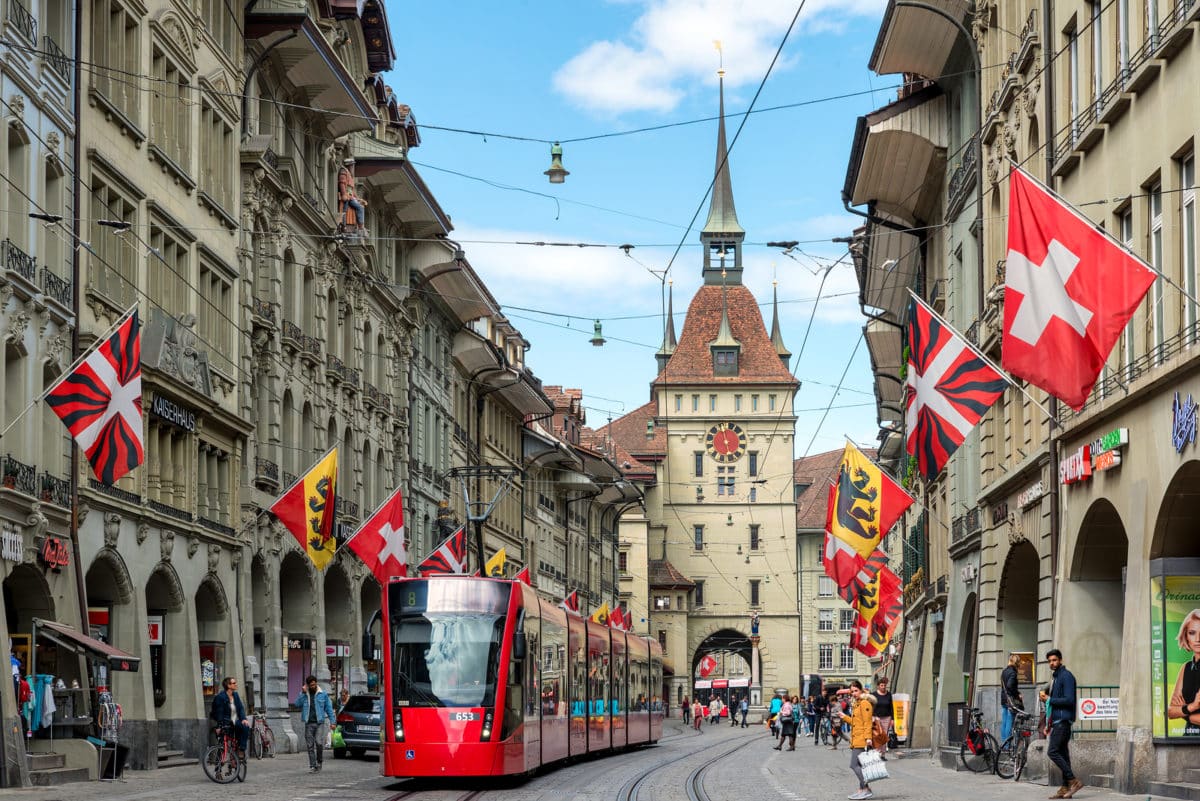 Bern was, however, modified to represent the modern era with the installation of beautiful fountains and the restoration of towers and walls in the 16th century. A similar pattern of modification followed in the following centuries. The city is filled with numerous tourist sites such as the magnificent Zytglogge (Clock Tower) and the Aare River flowing around three sides of the town. You will also be awed by the Old Town of Bern that boasts 6 kilometers of beautiful, walkable arcades. 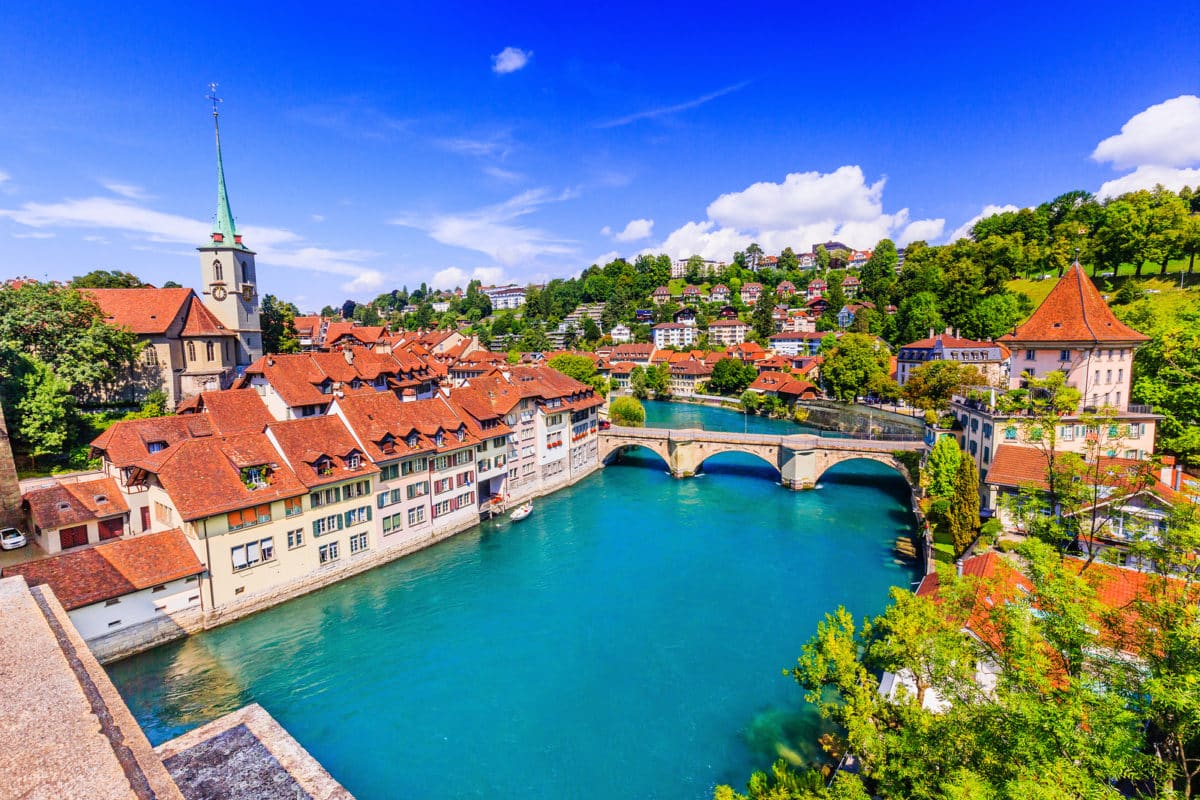 In conclusion, there are hundreds of places worth seeing that are featured on the list of UNESCO World Heritage sights. These are just six examples of some of the more popular sites that have larger audiences. There are plenty of other locations on the list that are considered heritage sites due to their natural beauty. For the adventure-loving traveler, the UNESCO world heritage sites list is an excellent way to start choosing new destinations to explore.