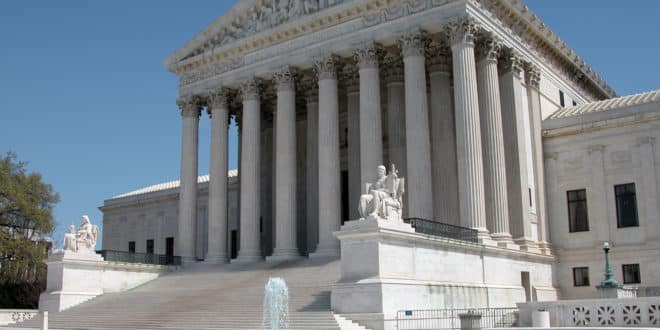 During their last session in court, the U.S. Supreme Court heard a total of 29 cases. Of these 29 cases argued before them, more than a few made headlines in the newspapers across the nation. The first decision to be announced, for example, involved a baker who refused to make a wedding cake for a same-sex couple. The baker stated that his religious beliefs prohibited him from supporting that type of marriage and although he offered them one of his standard cakes, he refused to create a personal wedding cake creation for them.

The Supreme Courts 7-2 decision in favor of the Christian baker is, however, only a momentary win. Colorado’s Civil Rights Commission had ruled against him, stating the baker’s refusal broke the state’s public accommodation law prohibiting businesses from refusing service to anyone based on religion, race, sexual orientation and national origin. The Supreme Court just ruled to send the case back to a lower court as they had not taken into consideration the seriousness of the baker’s religious beliefs. The Supreme Court did not take on the bigger question of a public business’ right to deny service to anyone so the American public will have to wait for another case to work its way through the system before the primary question is answered.

The only other decision that the Supreme Court has handed done thus far was in regards to a noncitizen’s right to receive an abortion after she had gained entry into the country illegally. As the decision notes read, the justices believed the case was not worth making it to such an elevated level as the abortion procedure had already taken place. They did however put in their decision that a state may not be required to use public funds to assist in any abortion procedures for noncitizens. So basically, they again did not decide, they merely put the decision back on each state individually.

So with 27 more decisions to be handed done this month before the U.S. Supreme Court takes it Summer break, most scholars are predicting more lackluster results. It appears to many watching and waiting that this year’s Supreme Court justices are seeking to take a firm stand on not making any decisions at all. Instead, they are dialing down to procedural missteps and handing the cases back to lower level courts. Stay tuned for updates on the next 27 decisions including the legality of President Trump’s travel ban.