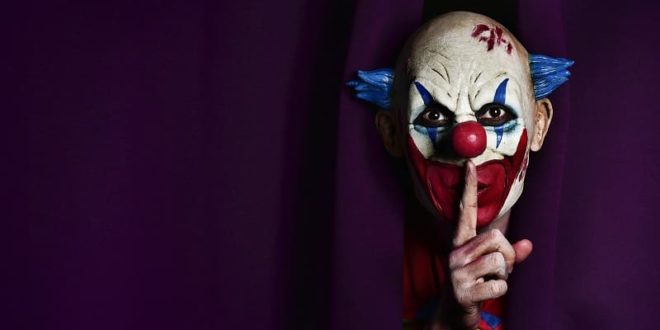 Clowns have taken over the internet in the form of creepy pictures from the countryside. Most of these pictures are repeated images. They are recycled with different locations tagged on them. However, there hasn’t been one day in the last several weeks that internet goers have not seen clowns pop up on their social media feeds. There are many news reports about people being scared in suburbia over these clown sightings, and now students are taking the clown issue into their hands and go Clown Hunting.

500 College students from Pennsylvania State University decided to take on the mysterious clowns that were hiding in their woods. Many students felt like running away from this issue, but once mention of the clowns spread across campus a group formed to locate them. These students went Clown Hunting and climbed high and low looking for clowns and did not find anything.

These pictures on social media of clown sightings are all for attention, and most are the same picture being recirculated around. These clown issues are just an internet myth that is receiving a lot of care because Halloween is right around the corner. When these students went on their clown March, there was no evidence that clowns even existed in the woods.

The clown episode in the United States is becoming dangerous because people are taking all of these photos and sightings as fact. Most law enforcement officials agree that there is no imminent threat due to clowns and that the internet should settle down a little bit. In fact, if most people would just pay attention to the same pictures getting spammed across social media platforms, they would understand that the threat doesn’t exist.

Clown hunting will continue to be a thing this holiday season, but there won’t be many clowns to choose from because they don’t exist. There should be a bump in clown costume sales this Halloween, but that is directly related to the media attention that clowns are currently receiving.