Ancient Monuments of Kyoto Bucket List Wonders of the World 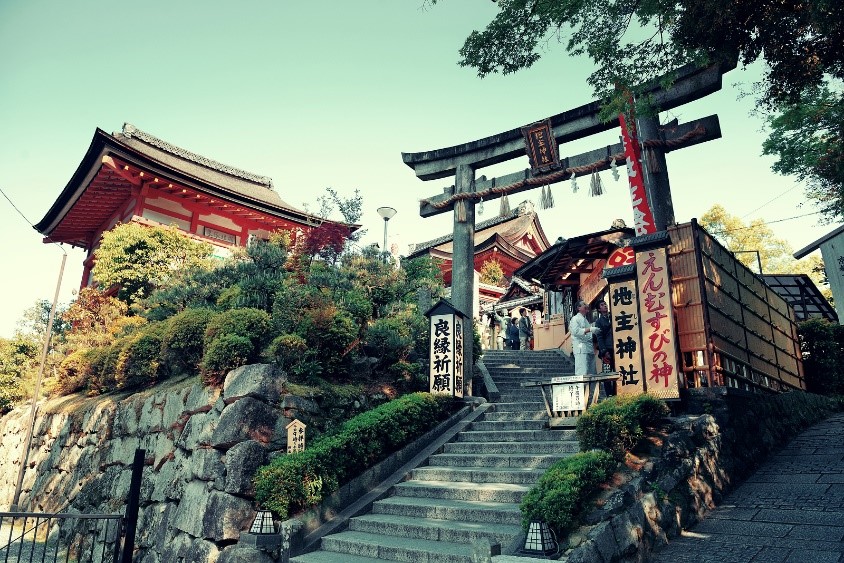 Ancient monuments of Kyoto bucket list Wonders of the World. When you think about world wonders, some of the obvious ones come to mind. The Eiffel Tower in Paris, the Sphinx in Egypt, the Grand Canyon in Arizona.

These are all incredible in their right and definitely should be seen, but sometimes you want to look at a landmark that isn’t overrun by tourists or is just in a serene part of the world.

Ancient Monuments of Kyoto Bucket List Wonders of the World

If you want to take a dream vacation to Japan, then visiting the Historic Monuments of Ancient Kyoto should be something at the top of your to-do list. While a lot of monuments on the UNESCO

World Heritage Site list are one or two monuments, the Historical Monuments of Ancient Kyoto encompasses seventeen locations in Japan and three different cities. Located in Kyoto and Uji in Kyoto Prefecture, and Ōtsu in Shiga Prefecture, you can be sure to find a monument that you will always remember.

While you don’t need to visit every location, there are a few that carry a cultural and historical impact; you should go out of your way to see these. Consider this article to be a brief history of Kyoto and its monuments, and make plans to see them up close if you want more of the minute details. 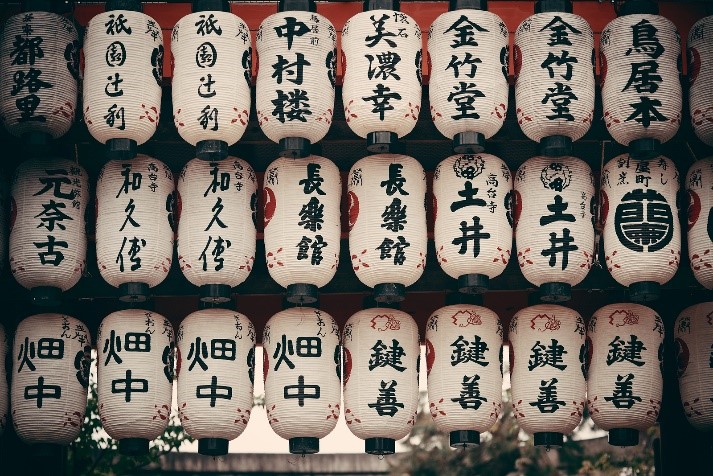 Founded the city of Heian-kyō in 794, it would be the capital until 1869, when Tokyo became the capital during the Imperial Restoration. Kyoto has had a history of war and revolts, as the war over imperial power has dominated Japan’s history.

The tumultuous period of the Ōnin War of 1467–1477 caused significant destruction, and the city didn’t recover until the 16th century.

Luckily, this was the only time of colossal destruction in Kyoto, but the city has had some close calls. The Hamaguri rebellion of 1864 resulted in 28,000 houses being burnt down, which played a large part in the formation of the modern Kyoto.

It was also considered to be a target of the atomic bomb in World War II, due to its reputation as the intellectual center of Japan. American military planning believed that taking out a city with a large population, especially one which carried such knowledge, prestige, and cultural impact, would be enough to persuade the Emperor to surrender. Henry L. Stinson, Secretary of War under the FDR and Truman administrations, realized the historical importance of the city and insisted that another target was chosen.

Stinson got his choice, as Nagasaki became the second city of an atomic bomb attack, and played a part in ending World War II. This means that the imperial city in Kyoto is one of the few in Japan that has a good amount of prewar buildings, as the majority in other cities were destroyed in firebombing raids. 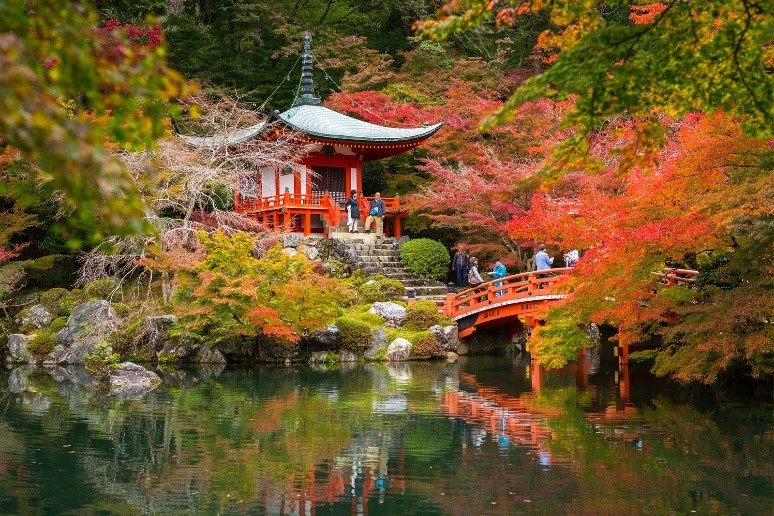 Now that you’ve learned a bit about the history of Kyoto and its importance, here are a few of the more famous monuments that you can visit. Some are well-known and icons of Japan, while others have less prestige, but still, carry importance.

One of the more famous monuments is the Shimogamo shrine, located in the Shimogamo district of the Sakyō ward in Kyoto. The oldest Shinto shrine in Japan, it’s an incredible photo opportunity and has history dating back to the sixth century.

Shimogamo and Kamigamo were designated as the two chief Shinto shrines of the former Yamashiro province, making it one of the most important parts of the city. You might recognize the Torri gates, known as Kawai-jinja or the Rōmon front façade of the building.

A lot of Buddhist temples are part of the ancient monuments of Kyoto, showing how much of an impact Buddhism has had on the nation. The most revered of these temples might be the Kiyomizu-Dera, founded in 778 by Sakanoue no Tamuramaro. A gorgeous view in autumn and winter, its pagoda is a fantastic photo.

There’s a favorite expression in Japan, “to jump off the stage at Kiyomizu,” with the English equivalent being “to take the plunge.” This refers to a former tradition that if one could survive a 13-meter (43 foot) jump from the stage, one’s wish would be granted. 234 jumps have been recorded, and the practice is now prohibited.

Another interesting part of Kiyomizu is the famous Otowa waterfall, consisting of three channels of water flowing into a pond. It’s believed that the water has wish-granting powers, so make sure to try it for yourself.

The temple complex includes the Jinshu shrine, dedicated to Ōkuninushi, the god of love. Here you can find the “love stones”, a pair of stones placed sixty feet apart. Tradition says that if you can walk from one to the other with your eyes closed, you will find true love! 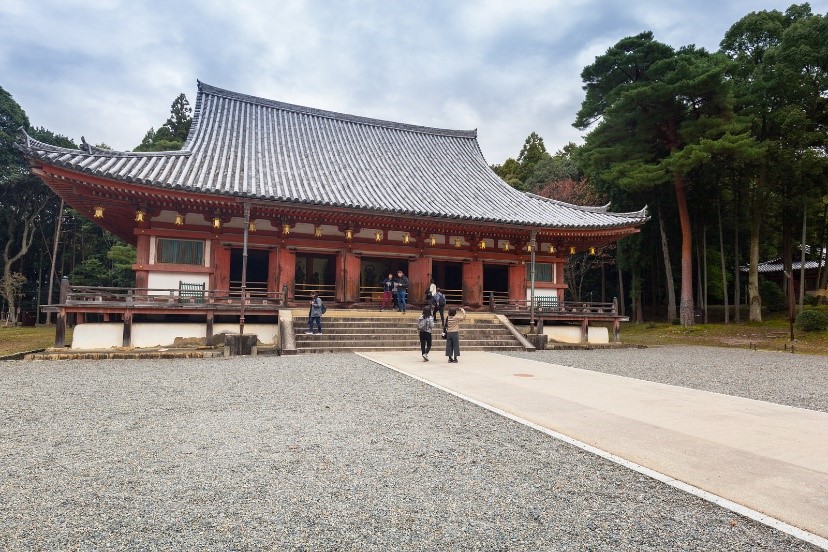 These are just two of the seventeen monuments that make up the ancient monuments of Kyoto. One of the other major ones you could visit is the Nijō Castle, constructed in 1679 by the Tokugawa Shogunate.

You can take tours of the castle, and learn all about the history of the grounds, as well as the Japanese legends who called this home. Make sure to see Honmaru Palace and the Seiryū-en garden. Both of these are filled with magnificent Japanese beauty, and make for a wonderful, serene atmosphere.

If you’re looking for a place filled with history and culture, somewhere you may have dreamed about visiting, make Kyoto that vacation destination. Walk in the footsteps of the Shogun, get in touch with your inner self at the Buddhist temples, and see all of the monuments that make Kyoto such a beautiful city.

Torri gate and pagoda in Kyoto – Ancient Monuments of Kyoto