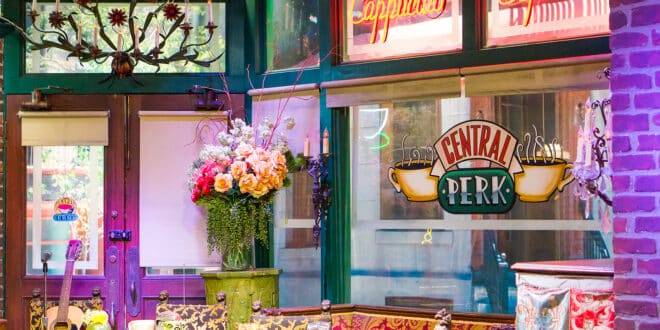 Arguably considered one of the best sitcoms in the history of television, “Friends” fanatics can rejoice as Warner Brothers celebrates the show’s 20th anniversary. The lovable characters and friends on the show, Rachel, Ross, Monica, Joey, Chandler, and Phoebe captured the hearts of millions as it aired on the waves for ten extremely successful years.

The show originally began in 1994 and finally ended its era on television in 2004. This year, 2014, marks the 20th year since the show started, and Warner Bros. is offering New York City citizens the chances to enjoy a piece of the show’s history.

The “Friends” fans out there most likely affiliate the words “Central Perk” with the award winning show. This coffee house was the setting for much of the show and was where the six friends laughed, cried, talking about life’s trials and tribulations, and enjoyed countless cups of joe.

Now, Central Perk will come to life in Manhattan beginning in September. A replica of the infamous coffee house will be located in the Manhattan SoHo District for a month beginning on September 17th. For those who are lucky enough, they may even bump into the lovable barista, Gunther (played by James Michael Tyler). Tyler agreed to make the occasional appearances at the coffee shop throughout the month that it is open.

Visiting Central Perk is the perfect opportunity for the show’s most dedicated fans to enjoy a cup of coffee and take pictures in this iconic piece of “Friends” history.

Central Perk and “Friends,” you will always be Totes Newsworthy to us.