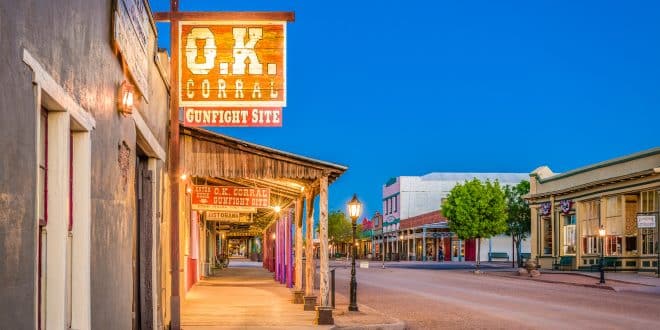 The Second Amendment City of Tombstone will celebrate the 90th anniversary of Helldorado Days in October of 2019. Most of us know Tombstone, Arizona, as that classic western town where the “Shootout at the OK Corral” took place. We think of it as home to western legends such as Wyatt Earp and Doc Holiday. The town’s early days saw a great deal of conflict that sometimes ended in violence, giving it a reputation for gunfights and as a picture of “The Wild West.” 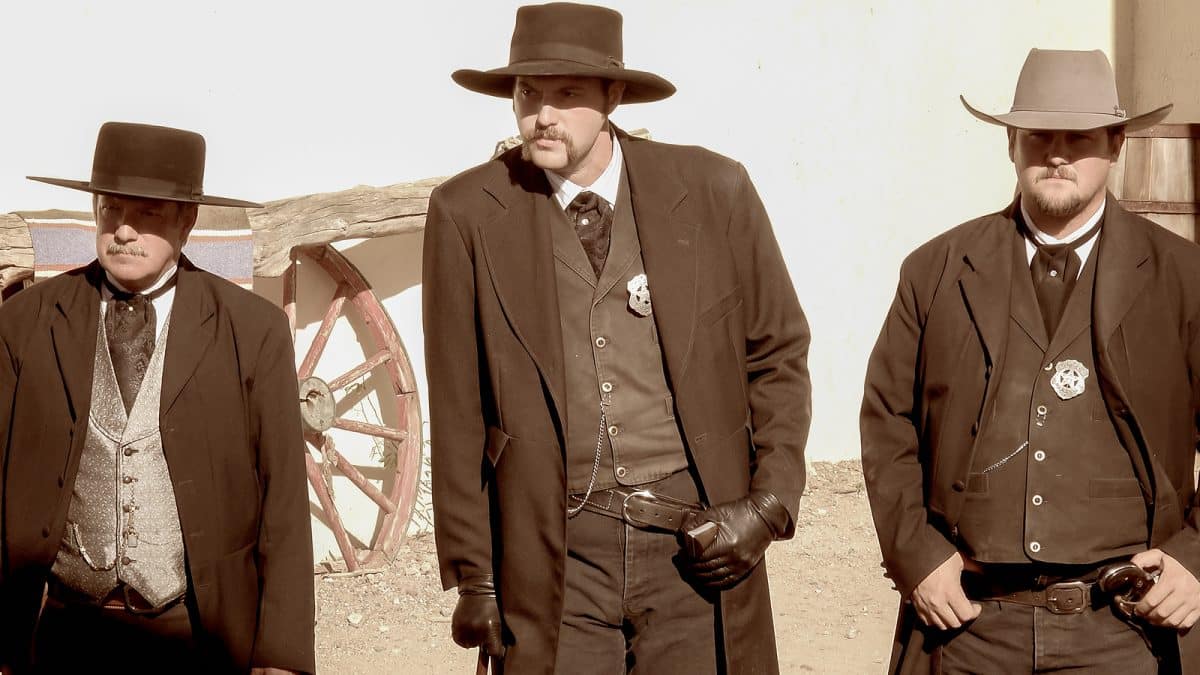 The Helldorado Days 2019 is a festival in Tombstone that first took place in 1929 and has occurred annually in October ever since. The original festival in 1929 was to celebrate the 50th anniversary of the founding of Tombstone. Both the original and this year’s event feature musical groups, dancing, historical reenactments, food, a parade, and many other entertainments. 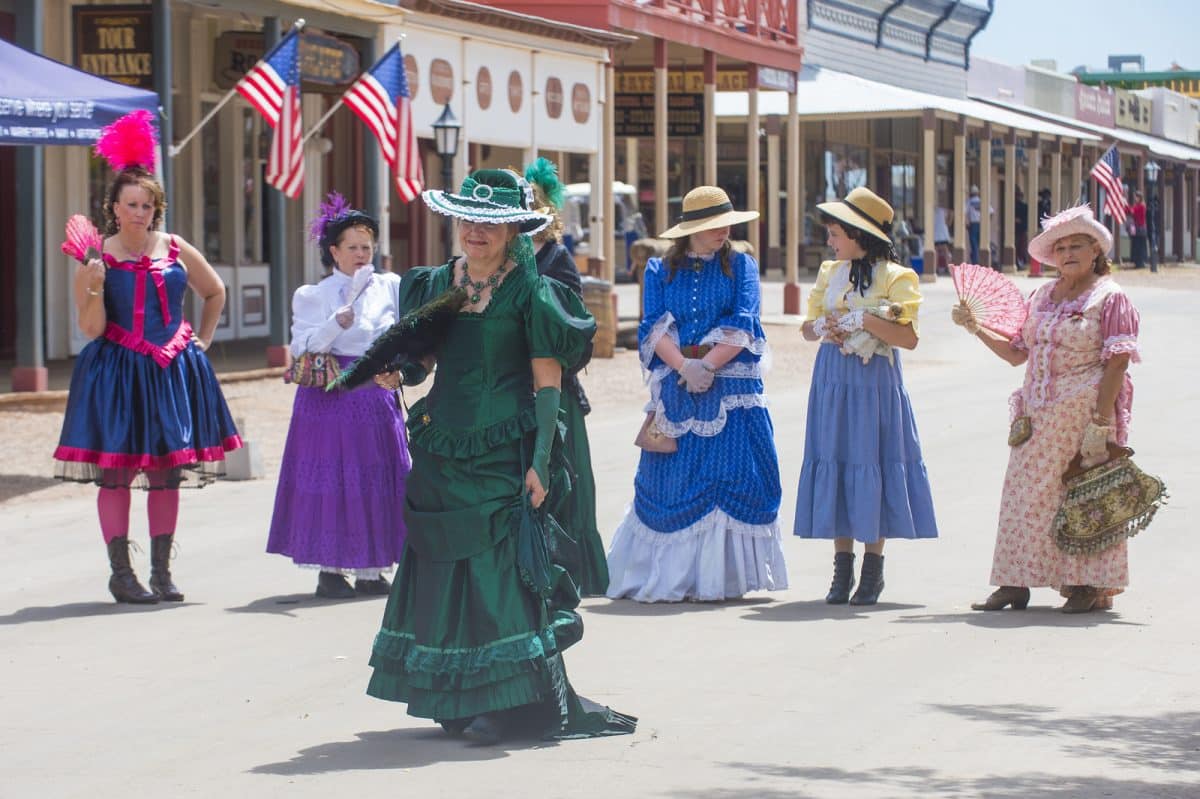 Ladies of Tombstone in Period Costume

This year, the 90th anniversary of the festival takes place on October 18, 19, and 20th. The festival focuses on celebrating Tombstone’s western heritage. Of course, guns were and are an essential part of the festival, and this year visitors are welcome to participate in the raffling off of a magnificent Henry firearm. Henry Repeating Arms is one of the top-five long gun manufacturers in the USA, and they guarantee their owners will be 100% satisfied with their product. 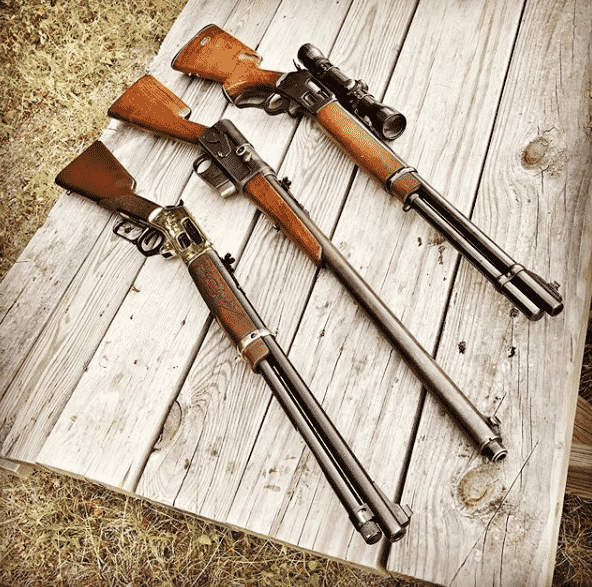 The town and its legends, including the “Shootout at the OK Corral,” have been featured extensively in the media, perhaps most notably in the 1993 western film titled Tombstone. The film stars Kurt Russell as Wyatt Earp and Val Kilmer as Doc Holiday, along with an impressive cast of actors in supporting roles. The movie follows Wyatt Earp and his two brothers as they attempt to start a peaceful life in Tombstone, but are drawn into a conflict with an outlaw gang known as the Cowboys. They are eventually forced to fight, and with the help of Doc Holiday, they carry out justice against the outlaws, but not without a price. 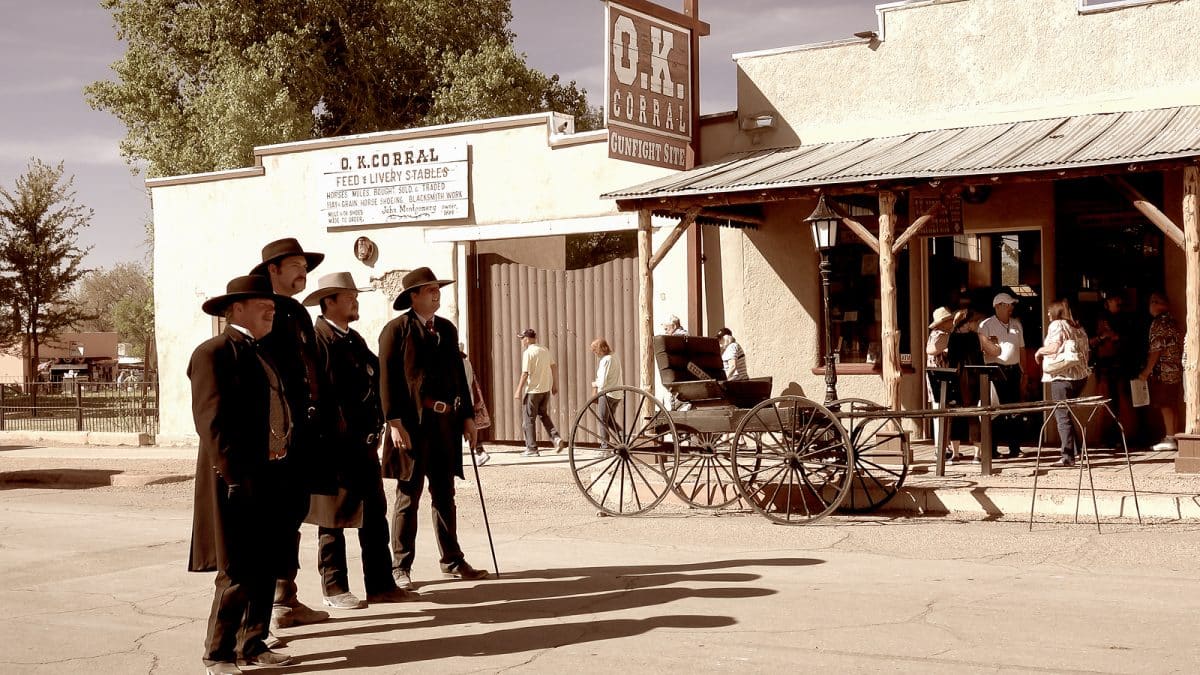 Reenactment Of the Shootout at The O.K. Corral 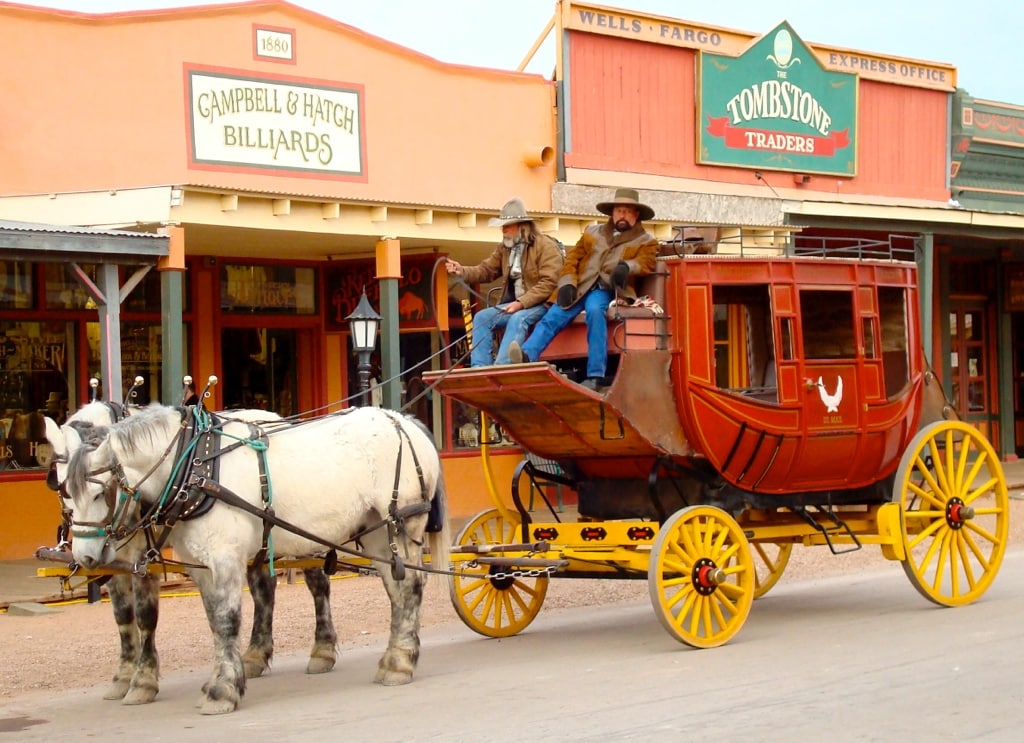 The town started in the 1870s as a mining camp and grew as it proved to be a rich source of silver. Upon the formation of Cochise County in 1881, Tombstone was named as the county seat. Telegraph service was extended to the town shortly after. The city boomed with growth for quite some time but subsequently declined as the mines were exhausted. Modern-day Tombstone thrives mostly on tourism, with just under a half million visitors each year. The town is a magnet for history buffs thanks to the fact that the original town is mostly preserved. Reenactments of gunfights take place every day for tourists, but the celebration of Helldorado days takes the fun and excitement to a whole new level.

Townspeople and visitors will enjoy a wide variety of activities, including a parade, reenactments, specials at local establishments, and much more, including the shootout at the OK Corral. 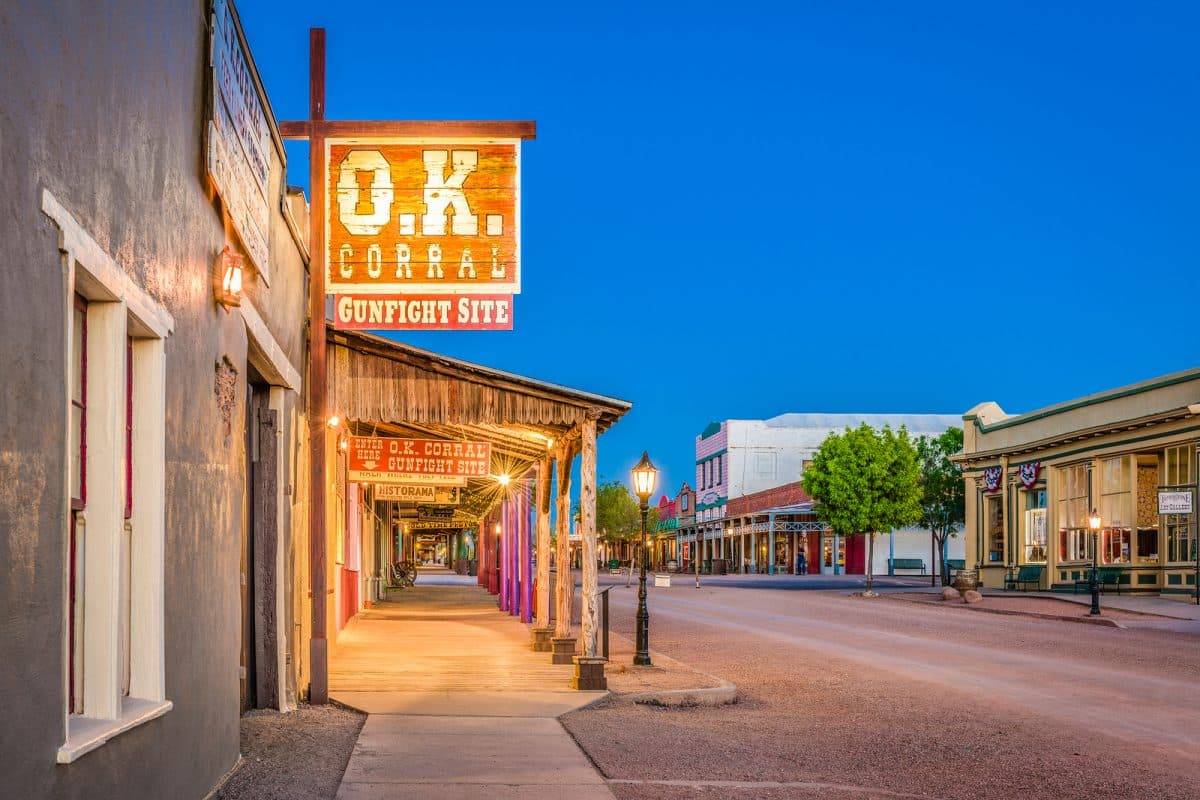 In Tombstone, support for gun rights runs deep. Tombstone, more or less, became famous for guns. Without guns, there wouldn’t have been any shootout at the OK Corral, and well, that’s one of the most significant events that make Tombstone so well known. In Tombstone’s early days, everyone carried guns, and it was no doubt a dangerous place. With the amount of conflict and violence, it’s no surprise that even those not looking for trouble felt the need to be armed for protection. 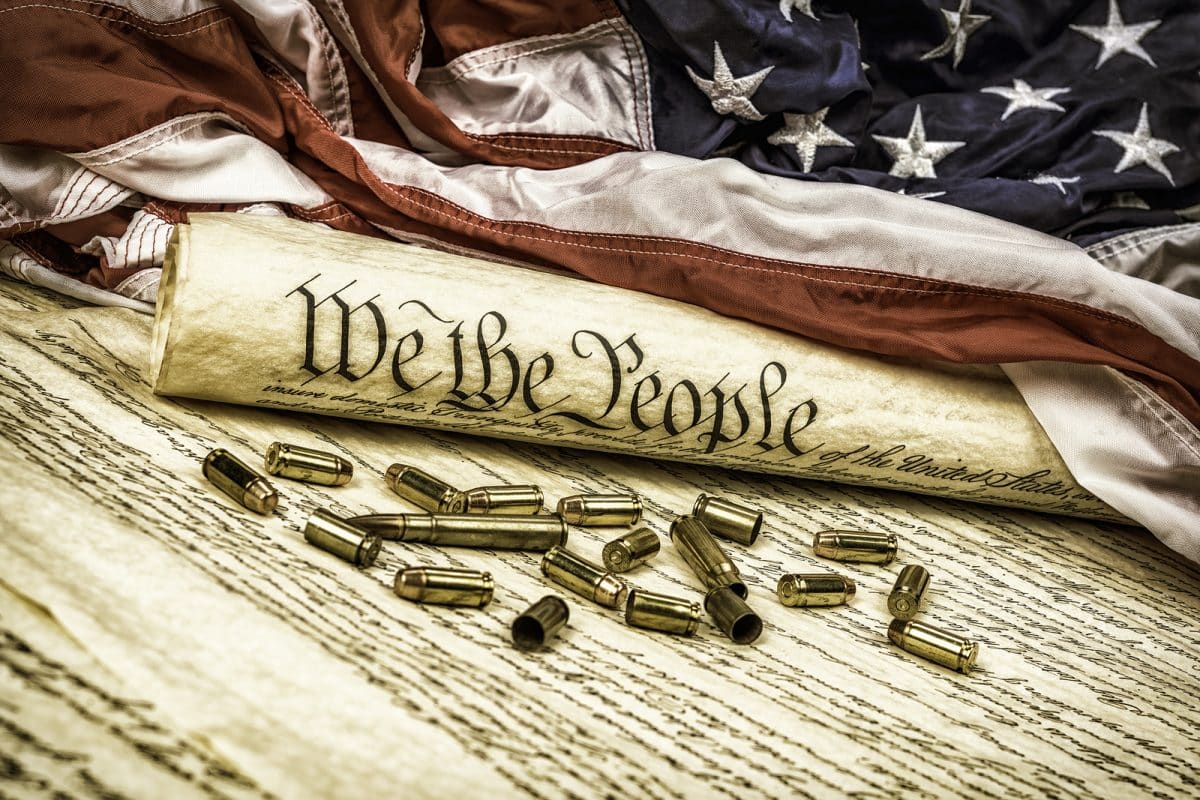 On Jan. 10, 2017, Tombstone’s mayor, Dusty Escapule, signed and read a proclamation stating that Tombstone is America’s “Second Amendment City.” “The citizens are accustomed to having firearms around,” said Escapule after the declaration. “Just stop and look up and down Allen Street. Most of the guys are carrying a gun.” Guns are a natural part of Tombstone, and residents there firmly believe in the right to bear arms under the Second Amendment. 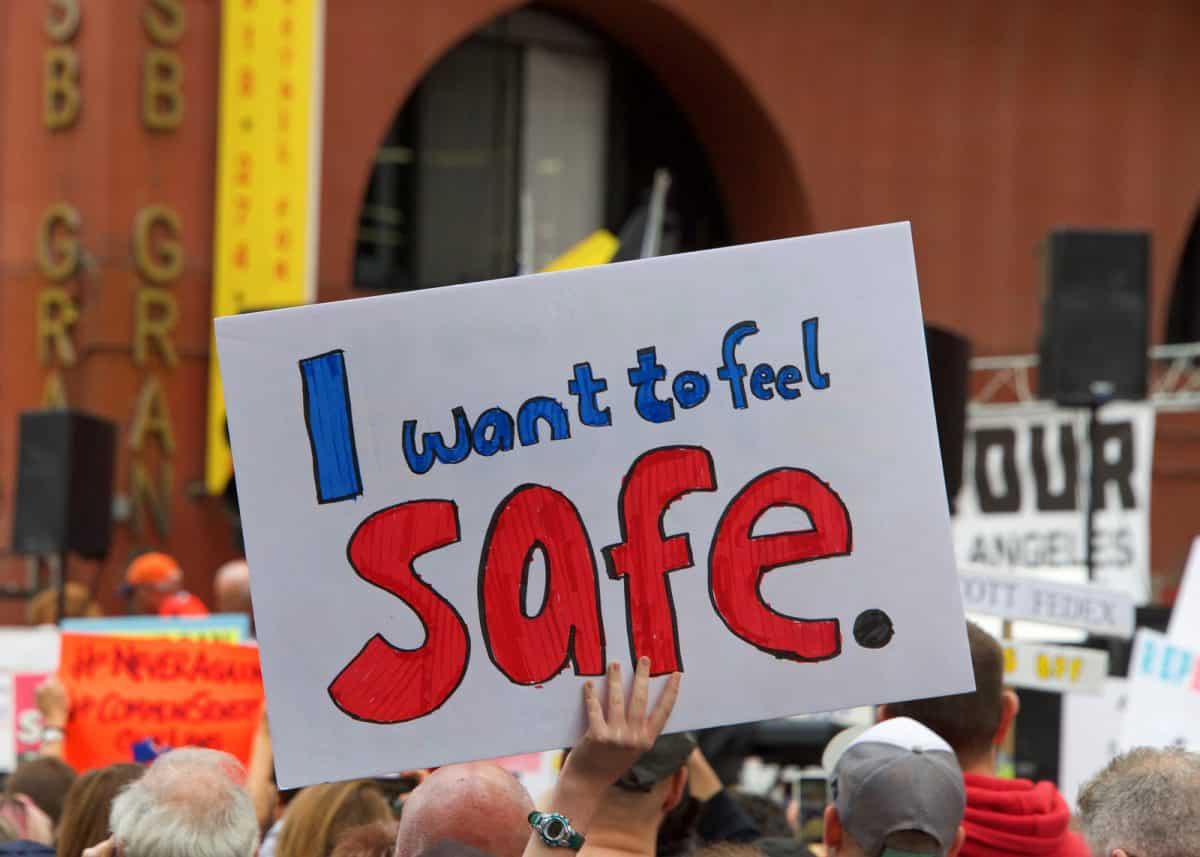 A prominent local businessman voiced his support for the proclamation. Gordan Anderson, the owner of the Larian Motel, is a long-time supporter of gun rights and the Second Amendment. While voicing support for the proclamation, Gordon has also shown commitment to gun safety in his business, stating that guns and alcohol are a dangerous combination. He went on to state, “We’re about rights, we’re not advocating any violence. The mission is to educate people on Tombstone’s core beliefs, its history, its current events, and it’s future. 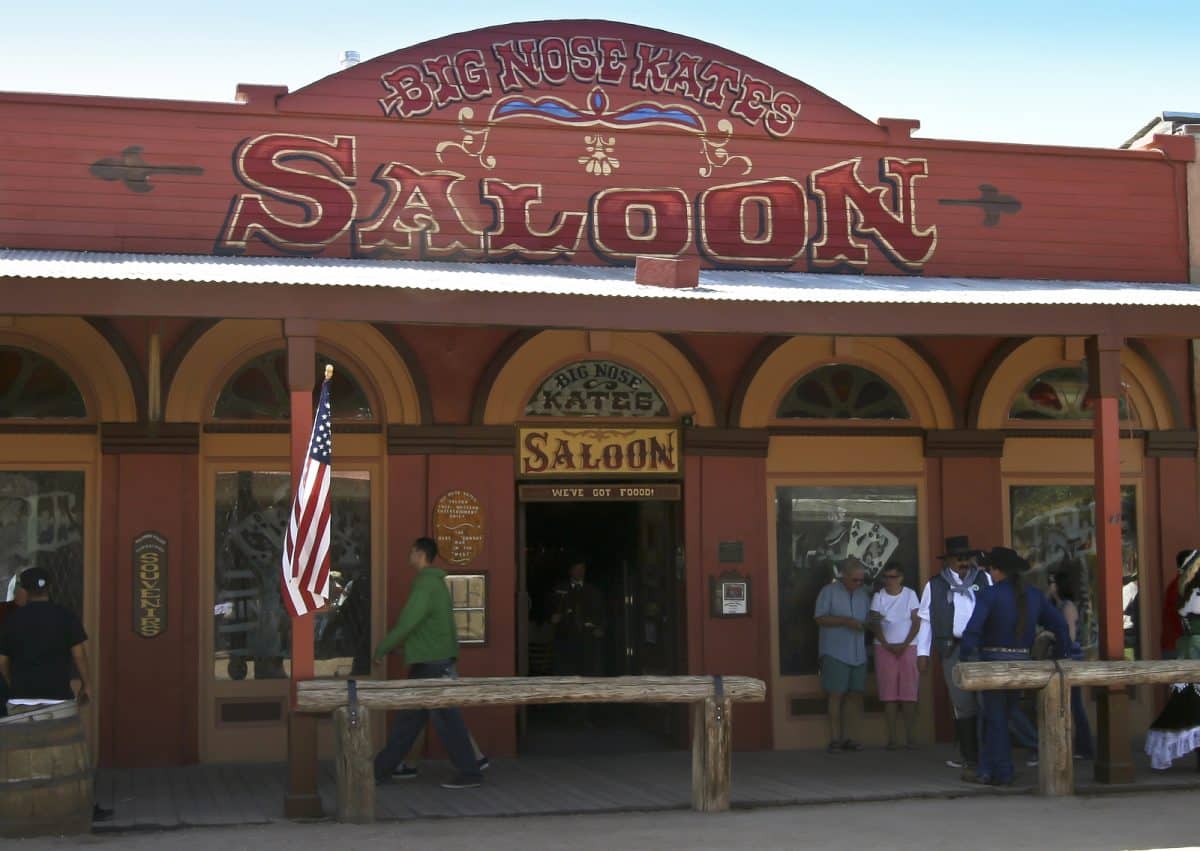 Mayor Escapule has also stated that he would like to see other mayors in Arizona step up and do as he did, proclaiming their cities as those that support the second amendment. “The Second Amendment City” isn’t the only slogan Tombstone now has. Another one is the “Town Too Tough to Die.” From its rich history to the Helldorado Days, which involves numerous gun shows and reenactments, to this proclamation, Tombstone has certainly made itself a monument of gun rights and the second amendment. It may be interesting to see if this kind of advocacy gains traction and takes place in other cities across America.

Previous “Reel” Adventure Awaits in Los Cabos, Mexico
Next Great Benefits of Drinking Celery Tea that are Amazing will Make you Healthy