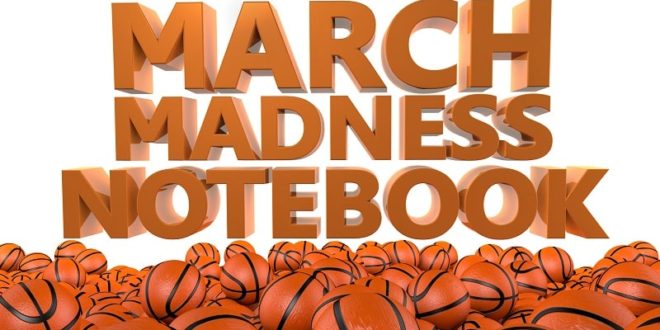 Three Things You Should Know About Picking a March Madness Bracket

Every March, America comes to a frenzy for five weeks. It is the NCAA men’s basketball tournament, better known as March Madness. To explain this to somebody who does not follow the college game or just wants a bit of a refresher, 68 teams (32 winners of their conference tournament, and 36 “at large bids”, schools that have a good record, but didn’t win their tournament) are selected, and seeded from 1 to 16. The best teams, this year it’s the Villanova Wildcats, Kansas Jayhawks, North Carolina Tar Heels, and Gonzaga Bulldogs, are the one seeds and have the best odds to win.

The fun comes when the bracket is revealed on “Selection Sunday” and friends, family, and co-workers try to pick the winner of all 67 games that will be played. Keep in mind, the odds of filling out a perfect bracket, picking every winner correctly, is 1 in 9,223,372,036,854,777,808, or one in 9.2 quintillion. So in light of that, we are super excited here at Totes Newsworthy for the tourney, and here are three things you should know when picking your bracket, and watching the NCAA tournament.

The first tip in picking a March Madness bracket is that it can be easy just to pick all four number one seeds to advance to the Final Four, but I would not advise it. 2008 is the only year that all four number one seeds have made it to the Final Four, with Kansas beating Memphis to win the National Championship. Now it is wise to pick at least one to make it, as the odds are good that at least one will be there, but teams tend to slip up under the pressure and exhaustion of playing in a winner take all game. I will also note that a number one seed has never lost to a sixteen…however, it is always a possibility!

The second tip to pick a March Madness bracket is to check out the twelve vs. five matchups. For some reason, at least a pair of twelve seeds always seems to knock off a five in the first round of the tournament. According to Oddshark.com, “In the past four seasons, five number twelve seeds won outright to continue this hazardous pairing which busts many brackets.” Last year, Yale and Little Rock upset Baylor and Purdue, and the best chances this year would probably be UNC-Wilmington vs. Virginia and Middle Tennessee ( a team that knocked off Michigan State last year, as a fifteen seed) vs. a very shaky Minnesota squad.

My last tip for picking a March Madness bracket is to just have fun with it. You are not going to pick a perfect bracket, and while it is fun to compete with your friends and coworkers, it is not worth trying to analyze every game for an edge. If you watch college basketball like I do, it can be easier to decide whom you think will win, but it is mostly the results of luck and overall skill and heart. So go crazy, pick just mascots or only weather related teams if you want to, just enjoy the insanity that is March Madness!