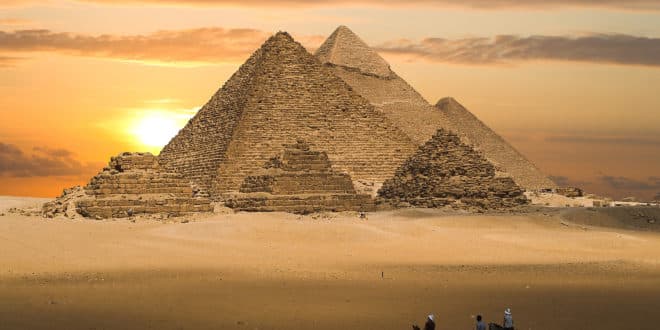 the pyramids of gizeh near cairo in egypt during a golden sunset.

The Great Pyramids of Giza is when you think of the great world wonders to visit, specifically those of the ancient era’s, the Great Pyramids of Egypt are likely to be near the top of the list. Believed to have been constructed between 2560 and 2540 BC, these structures have truly stood the test of time and are global symbols. If you decide to visit Cairo and the Pyramids of Giza, you’ll be able to take tours and learn a fantastic amount of information and history. 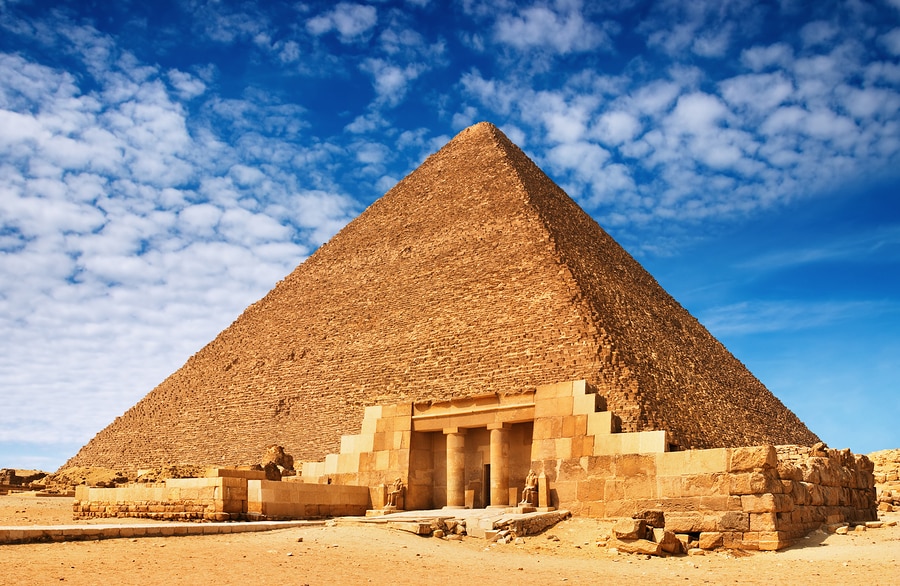 Ancient Egyptian pyramid in Giza against a blue sky

The Great Pyramids of Giza a Unesco World Heritage Site

At TotesNewsworthy, we like to offer articles about hacks and entertainment rather than politics. So sit back and enjoy this great read about The Great Pyramids of Giza.

Consider this article to be a bit of history about the pyramids, why they are so important to history, and why you should put them on your bucket list to see. A lot of the lore and mystery surrounding the pyramids comes down to their construction and what is housed inside and underneath them. The most popular theory is that several thousand workers and slaves worked for years to build these pyramids for housing the remains of the pharaohs of Egypt. 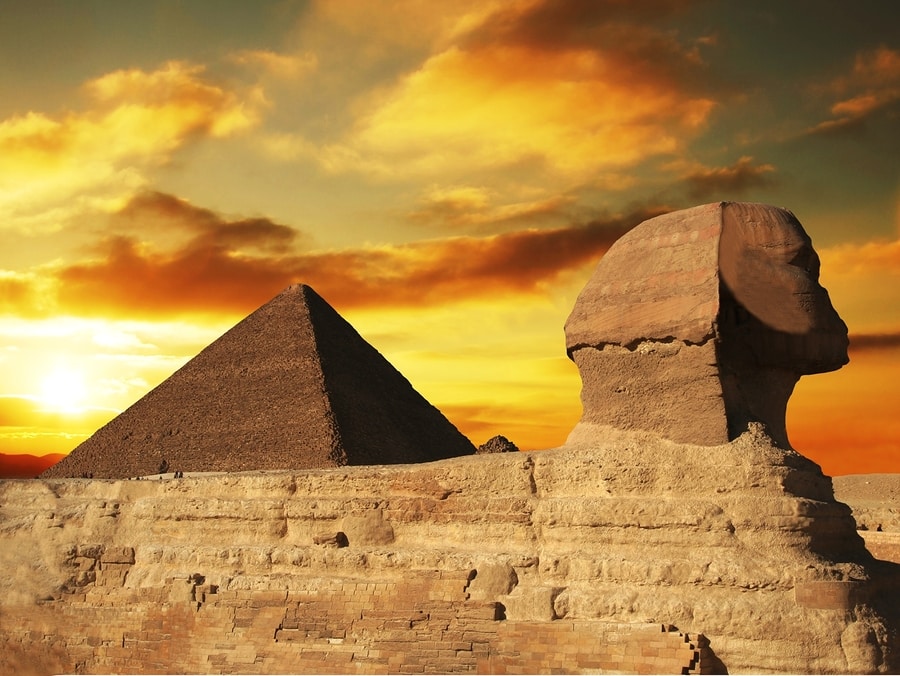 The beautiful sunset the picture-perfect shot

The Greek historian Herodotus visited Giza in 450 BC and was told that it took over 400,000 men over twenty years to build. It’s believed that 800 tons of stone were moved per day, which comes out to more than 12 blocks per each hour. Archeologists discovered an entire workers village outside of the pyramid complex, which contained quarters, kitchens, and all of the workings of a small city. Remarkably, these giant structures were built so quickly, considering the archaic tools they would have had to use and the large-scale effort that was undertaken. 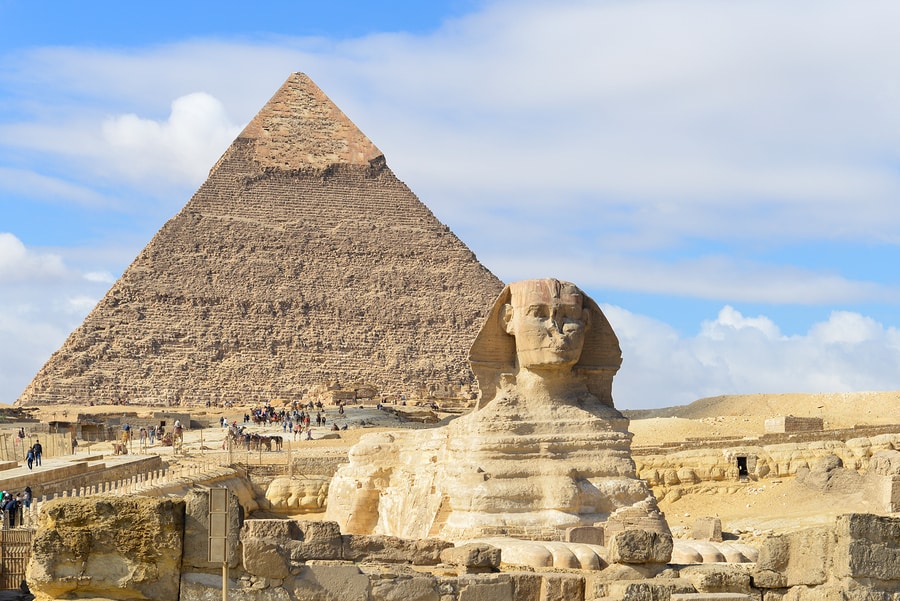 The largest pyramid of the three is known as the Pyramid of Khufu and was erected in honor of the pharaoh of the Fourth Egyptian dynasty, Khufu. Originally standing at 480.6 feet tall, erosion and time have its present height at 455.4 feet. The Egyptians believed that a part of the spirit called the ka would remain with the corpse of the pharaoh and would be required to help fulfill his duties as “king of the dead.” They also believed that the death of Earth was the beginning of the journey to the afterworld, and the pyramid would protect Khufu on his ascension to the afterlife. 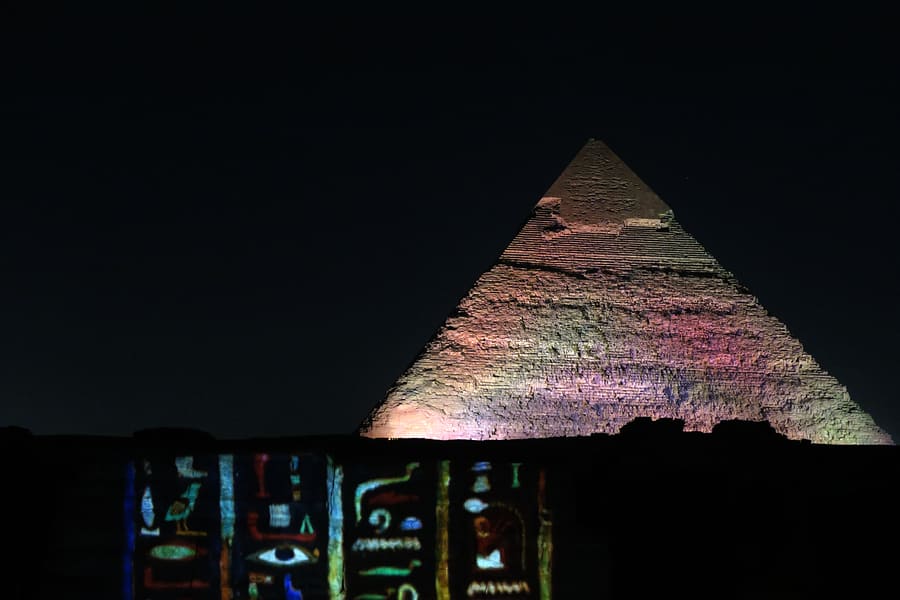 The nocturn view of the Pyramids at night

You’ll learn a lot more details about the pyramid complex and the history surrounding it if you decide to visit for yourself. There’s a reason why it’s considered the most famous construction project in history and why so many go to see it every year. Being able to walk on the same ground that people walked on centuries ago, seeing the world as they saw it. A trip like that needs to be experienced, and a vacation to Cairo would not only be great for those who love history but any person in general. There’s so much to learn and see that you’ll want to go back time and time again! 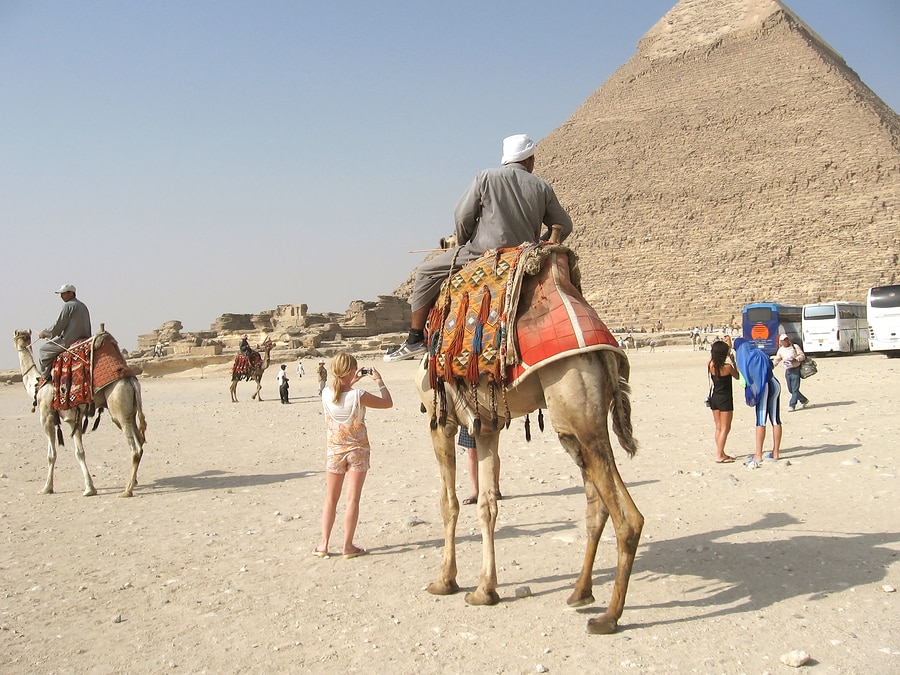 More about The Great Pyramids