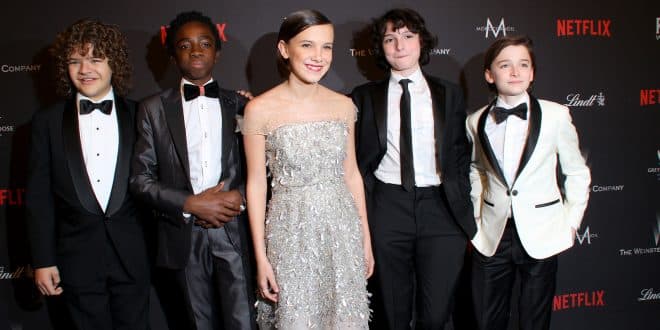 Health is a significant factor in the life of human beings. Good health is an assurance of a long and good life. Health has to be both physical and emotional. Throughout stranger things, matters regarding health have been showcased, with the central question of health being mental health.

This has been through the introduction of PTSD as the dominant theme in season two and partially in season one. Stranger Things is a TV show whose characters include both children and adults.

The TV show is set in a small town of Hawkins, Indiana. In the first season, one of the teens, Will, disappears and his friends have to rescue him from the Upside Down where he has been smuggled to by a monster.

In season one; Eleven has flashbacks that seem triggered by PTSD (Post Traumatic Stress Disorder). Eleven had been captured by scientists who had been experimenting on her since she has the gift of telekinesis to use her power for political agendas.

It is also clear that she gets trust issues. She leaves the door ajar when she is changing clothes and refuses Mike to shut the door.

Another character who has both mental and physical Issues is Will. This is clear in season two, after his rescue from the Upside Down. When Will disappears, he is taken by the monster who flees with him to the Upside Down.

In season two, the doctors try to explain to Will’s Mother that her son has PTSD. This is after Will had a vision a year after being rescued by his friends from the Upside Down. The doctors tell Will’s mother that he is experiencing the Anniversary effect. This is when severe symptoms of PTSD occur during the time of the year that the person faced a traumatic ordeal.

The hallucinations are also present when one is going through PTSD. When the hallucinations occur, Will’s senses get frozen until someone snaps him out of it. The delusions are a rare phenomenon when it comes to PTSD since they do not occur as often as depicted in the movies.

In Stranger Things Season Two, Will is seen looking distressed and sad. The feeling of hopelessness and sadness is part of the PTSD package. Most people are going through it often appear sad, lonely and hopeless even in real life.

This can also be accompanied by emotional numbness when recalling the traumatic events. The feeling is however not permanent since, through therapy, one can learn to feel happy again.

Through Stranger Things, it is clear that children too can experience traumatic effects that lead them to mental health problems such as PTSD. As such, the children just like adults should have their mental health prioritized to get over the traumas that they might be facing.

The TV show gives hope to those dealing with mental health issues, that what they are not going through the problems alone and that there is help that can be sought.