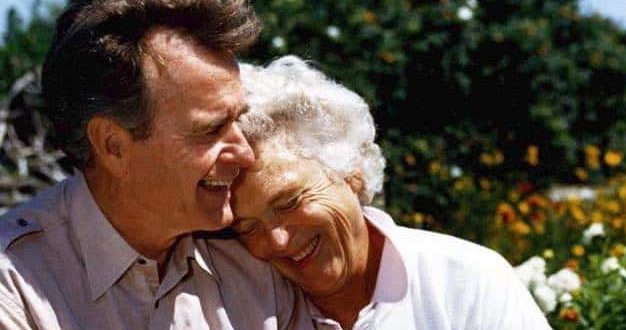 Randa Jarrar is a professor in the Department of English at Fresno State. After the death of former First Lady, Barbara Bush was announced, Jarrar started a series of tweets Tuesday night stating her opinions on the Bush family. Her views were very disturbing to many Americans who believed Barbara Bush was a great American who was best known as an advocate for family values and childhood literacy.

Barbara Bush was married to the 41st President of the United States and was also mother to the 43rd President of the US and the former Governor of Florida. She was viewed by many to be one of the smartest and classiest ladies to ever reside in the White House, and she and President Bush had been married for more than 70 years. You would think that with all the charity work and kindness she shared with multitudes of people throughout her life, she would deserve some sincere respect at the time of her death, but no, not from Professor Jarrar. 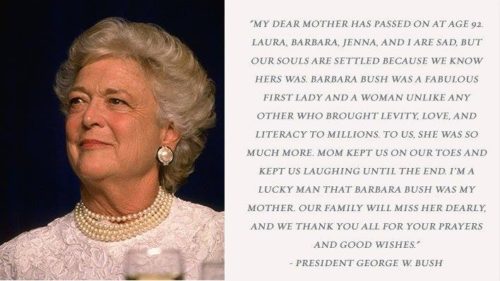 On her personal Twitter account, Randa Jarrar began her attack on the Bush family with “Barbara Bush was a generous and smart and amazing racist who, along with her husband, raised a war criminal. F*** outta here with your nice words,” [email protected] When she received a good amount of backlash from other tweeters, she responded with another inciteful tweet stating, “PSA: either you are against these pieces of s— and their genocidal ways or you’re part of the problem. That’s actually how simple this is. I’m happy the witch is dead. Can’t wait for the rest of her family to fall to their demise the way 1.5 million Iraqis have,” Jarrar wrote, cruelly adding that she was happy “George W. Bush is probably really sad right now.”

Before she locked her account, she remained defiant adding an additional tweet that stated, “I work as a tenured professor. I make 100K a year doing that. I will never be fired. I will always have people wanting to hear what I have to say,”. According to the Fresno Bee, more than 2000 critical and angry replies had already been generated by Wednesday.

The angry and critical responses left Jarrar whining about her self-inflicted plight before she changed her status to private. She posted a phone number and encouraged people to call to discuss the issue. That phone number turned out to be to an actual mental health crisis center at ASU which was not too pleased to be embroiled in this mess when they were there to assist real people in real crisis.

The controversy forced Fresno State to issue a statement distancing itself from her comments, which school officials said raised “deep concerns.” When asked directly if having tenure meant that the professor could not be fired, the president simply said, “No, anyone can be fired.” Both the president of the University and the president of the student body of Fresno State have issued statements of condolences that included the fact that this one professor’s views were not those of the establishment itself and the issue would “be looked into.”

This needs to be seen as a wake-up call to every American family with high school and college-aged children. If you would like to know where the growth in discrimination and radical liberalism is coming from, this is a perfect example as to why you should look to your schools. These are the types of people that are teaching your children hatred and intolerance. Be sure to ask your children what political views and morals their teachers are discussing in class. Better to find out now than after your child becomes radicalized.