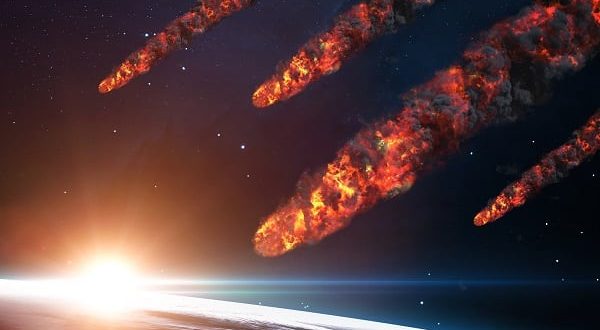 At the end of this week, the Orionid meteors will fly across the sky, producing a beautiful show for those on earth. This event is a medium sized meteor shower that will show 25 meteors per night on the heaviest night.  This night is one of the most sought after showers of the year and is the best chance to see shooting stars since a meteor shower occurred in late August.

The Orionid Meteor Shower will show the most meteors between the nights of October 21st and the 22nd. There is the forecast of cloudy skies, so it might be a little difficult to see the meteors clearly. Also, the moon is not at it’s the brightest phase, which will also impact the visibility of this meteor shower.

Scientists suggest that those seeking to see this Orionid Meteor Shower should start watching now, because of the cloud coverage could prevent viewers from seeing anything on the peak night. In the Pacific Northwest, there will be poor conditions to see this shower and even those states in a band running southwest from Main to Louisiana.

The Orionid Meteor Shower is also famous because there are fireballs, and debris, that is a result of Halley’s Comet.

This can give meteors the appearance of glowing tails as they streak through the sky. The best tip to see as much of the shower as possible is to find a place to view the as much open sky as you can.

Those that have trouble viewing the Orionid Meteor Shower do not have to despair, and they can witness another meteor shower of the Geminids in late December. This upcoming event is a large meteor shower that can show as many as 120 meteors per hour. This night is going to be an exciting opportunity for those that enjoy seeing multicolored meteors. No matter which shower you choose to take part in, both are magical experiences that light up the sky with dazzling lights.