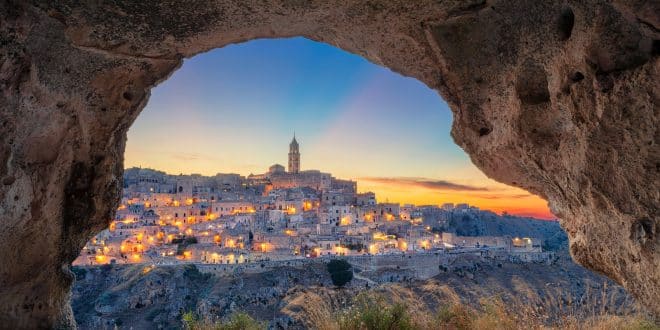 The life of Matera never stops; it has been an inhabited city from when it was built. You can trace back the history of man from the Paleolithic era to present in this city. Matera is an extraordinary city.

This city is home to the popular Sassi, the initial site in Italy made a World heritage center. Matera is home to the rupestrian churches, rural norms, natural places with various species of fauna and flora and landscapes of great beauty.

The ancient town of Matera-Sassi

The word Sassi implies stones and is mostly the first to think about when talking about Matera. The old-age village dug to the calcareous rock, on the Gravina Valley sides, during 1993 was declared the world heritage of Unesco.

The Sassi with a twist of caves utilized as houses, stone churches, alley, terraces, tunnel, gardens is a perfect example of the architectural complex complementing the natural environment. The big sculpture, stored since the Paleolithic era to date, portrays the culture in those caves and near to them, from the medieval period, modern homes have been set up. 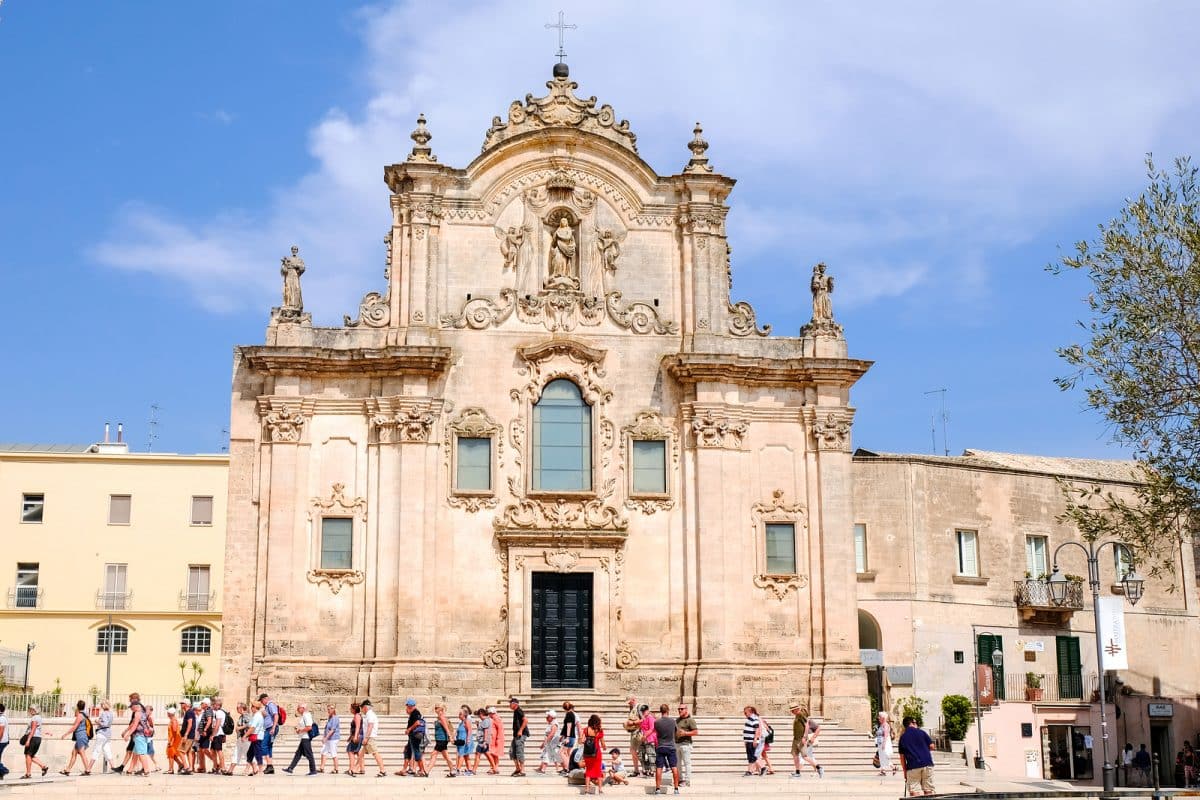 Due to this, Sassi denotes the unique landscape, the place for the fascinated travelers and movie makers. The Sassi is made of two districts: Sasso Barisano, the most significant region, the houses here are currently shops, hotels and restaurants, and the Sasso Caveoso, regarded as an old neighborhood which preserves the look of the cave town.

At the top of the Civitas Hill, you will find a cathedral which provides a good view of Sasso Barisano. The construction of this church is dated to the XIII century and rose over the Benedictine monastery; Sant’ Eustachio. The church’s façade has the

Romanesque-Apulian design and a decorated portal. You will see the Madonna della Bruna statue, the impressive rose window featuring sixteen rays (the wheel of life symbol) and the archangel Michael destroying the dragon with double male figures on its sides and one placed at the bottom which is utilized as the atlas.

On the side of the cathedral’s façade, you will find two minor gates: the street door fitted with the bas-relief of Abraham and the Lion Gate which derived its name from the two lion statues protecting the faith. 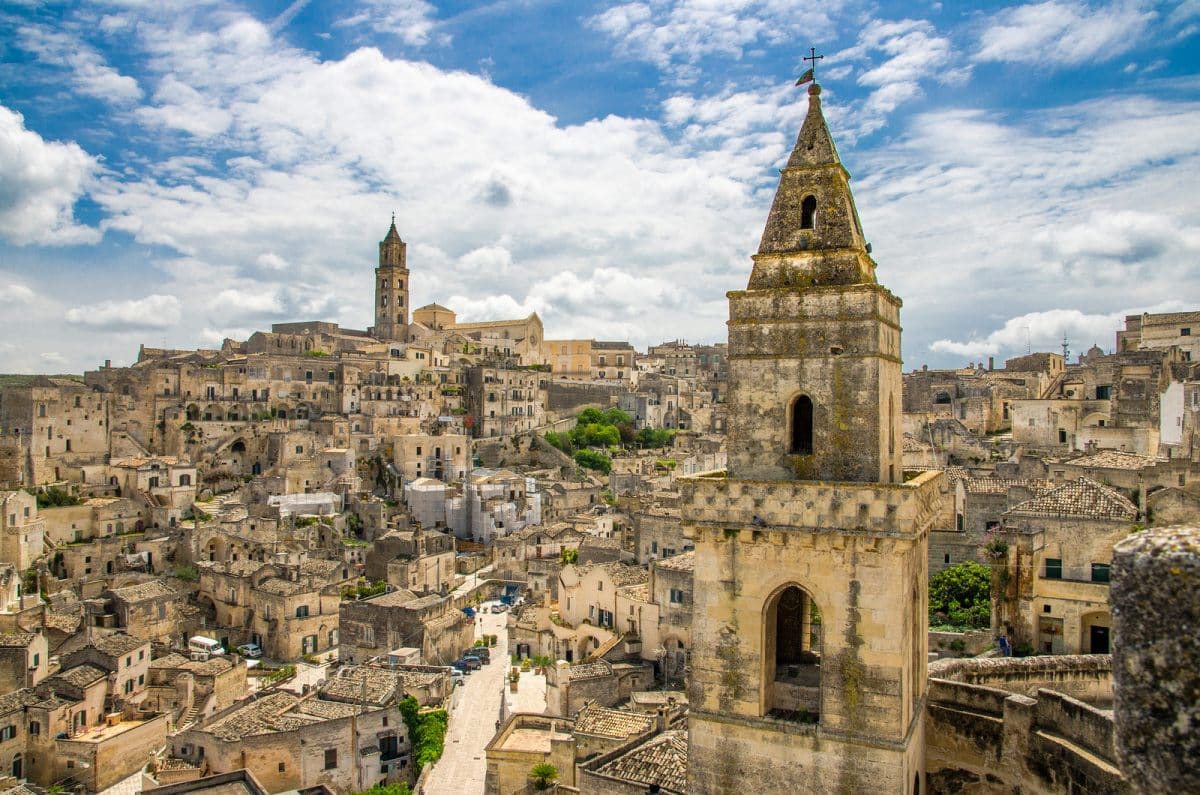 Parks, wildlife sanctuaries and nature reserves characterizing the Basilicata region is a blend of culture and nature. You will not only find rare species of fauna and flora, but also vestiges of cultural and historical value. The park of Murgia, San Giuliano Regional Reserve, and Colle Timmari are natural places worth a visit to Matera. 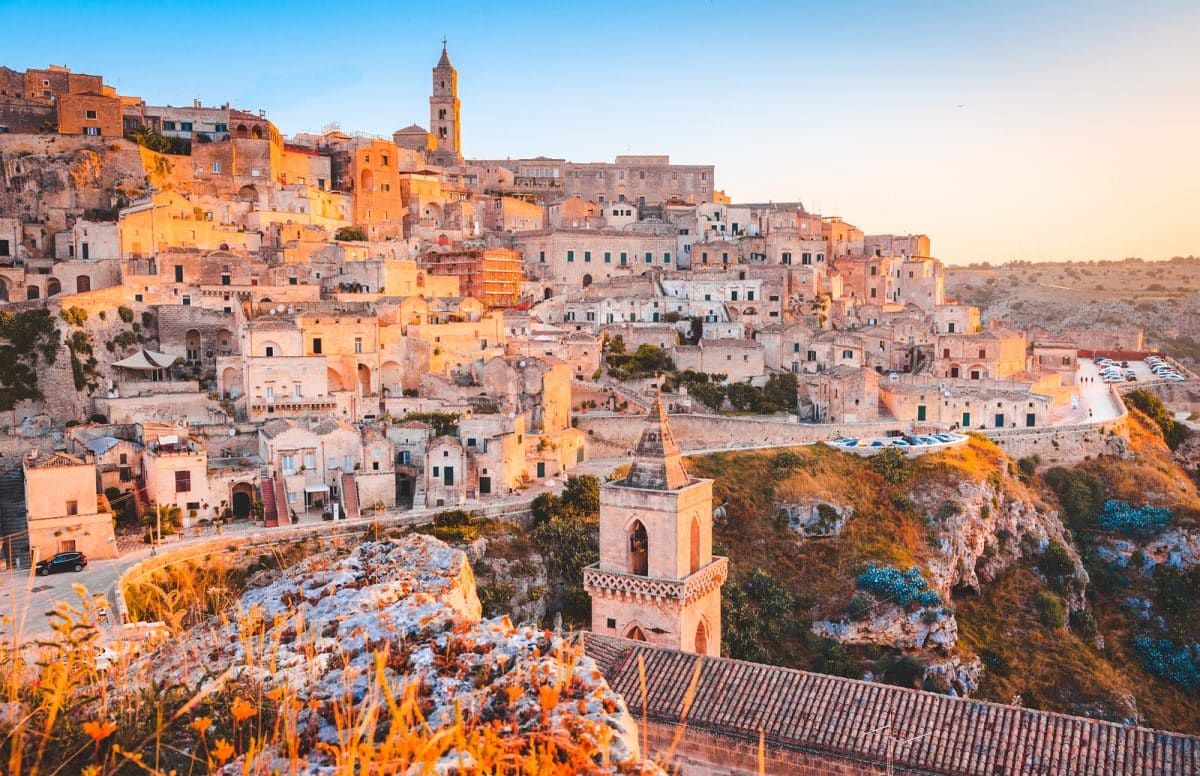 Matera, and the archaeological Murgia Muterana park house over a hundred churches, which have amazing works of art and decorations. Expect to see the Greek-Orthodox churches set up close to the Roman-Latin temples. If you get time, you should visit many churches as much as possible.

Casa Grotta is among the ancient houses in Matera. Visitors stop at this place to see the way people used to reside in caves during the 18th Century. Casa Grotta used to be a house of an extended family and a lot of animals like chickens, pigs, and mules who resided together in the small cave.