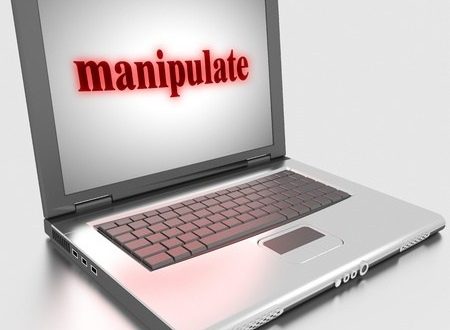 Government Likes To Manipulate Statistics To Justify Stealing Your Money

Totes Newsworthy December 31, 2015 In the News Comments Off on Government Likes To Manipulate Statistics To Justify Stealing Your Money

We recently came across an article on CBS5AZ.com about how the Arizona Department of Public Safety (a euphemism if I’ve ever read one) is using aircraft to “crackdown on speeders on State Route 51.” AZDPS is using a 1980 Cessna airplane (costing about $70,000 today, plus about $200/hour to operate) with a spotter crew to identify and target those nasty criminals driving faster than the arbitrarily set speed limit.

What is the justification for this intensive use of resources? We’ve heard the propaganda repeated over the years: “Speed kills,” or “55 saves lives.” Law enforcement and legislators are fond of parroting statistics from NHTSA, the National Highway Traffic Safety Administration. For years, NHTSA has been claiming that anywhere between 30% and 32% of traffic accident fatalities are the result of speeding. Of course, NHTSA is a government organization whose very existence is predicated on widespread unsafe driving, and the more NHTSA can do to show how unsafe we all are, the more funding it will get. Other governmental agencies (i.e. law enforcement) glom onto NHTSA’s statistics to justify their own activities and existence. It is much easier to catch and fine the perpetrators of victimless crimes than the perpetrators of actual crimes like assault or burglary, but it is hard to identify the victim when the crime is victimless. That’s why NHTSA and law enforcement agencies manipulate statistics to fabricate victims for victimless crimes.

How does NHTSA manipulate statistics?

A good article on how NHTSA manipulates statistics to serve its own purposes can be found here, and I will be highlighting some portions of the article below. In summary, the government allows up to three causes for a crash. For example, let’s say a driver with a blood alcohol level of .18 runs a red light while exceeding the speed limit. What is the cause of the accident? According to the government, there are three causes: driving under the influence, failing to stop for a red light, and speeding. Any rational human being would agree that the primary cause of the accident was the drunk driving. However, the government, in assembling its statistics on speed-related accidents, will include this example accident as one caused by speeding. The government would no doubt also include this accident in the “caused by running a red light” and “caused by DUI” tallies, thereby triple-counting the accident. The government would also include in the “accidents caused by speed” tally an accident that resulted from a driver hitting a patch of black ice in a blizzard, because if there was an accident, the driver must have been driving faster than what is “reasonable and prudent for the conditions,” government speak for speeding. Police chase fatalities would be attributed to speed as well.

Factoring out causes like DUI, weather conditions, police chase fatalities, suicides and other legitimate causes of driving fatalities, speed is only responsible for about 1% to 5% of driving fatalities. The government simply cannot justify the extraordinary resources, including those ridiculous photo enforcement devices, devoted to catching speeders without the manipulation of statistics.

This article is courtesy of http://krazlaw.com/

Share
Previous Public Defender or Private Attorney?
Next How to Market an Invention?