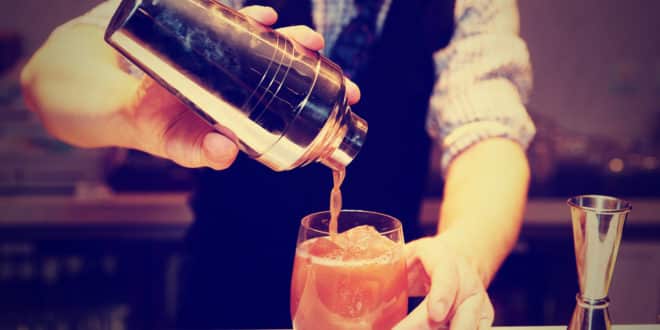 Drink as Hemingway: recipe & history of the cocktail he invented

It’s nothing new to say that Hemingway was so good drinker as a writer. Or at least, that showed throughout his life.

While it is said that when he lived in Cuba never renounced to take his daily mojito, while in Europe the list of bars and cafes he frequented is endless. And his alcoholic trend had a motive: “divest himself of the wounds that caused his life,” he always said.

Wine, daiquiris, champagne, beer, Martinis… actually he drink anything. In fact, in a letter he wrote in 1935 to his translator Ivan Kashkin said: “You do not drink? I noticed that you always speak contemptuously of the bottle. I drink since I was fifteen and few things have given me more pleasure. When you work hard all day thinking, knowing that you have to work again the next day, what else can change ideas and have them run on a different plane as well as the whiskey?”

But let’s focus, we are not here to judge, but to discover the cocktail he invented. It is called “Death in the afternoon”, like the book he published in 1932, in which the writer pays tribute to Spain narrating the ceremonies and Spanish bullfights.

If the book contains a brilliant reflection on the nature of fear and courage, the cocktail seems dilute it in alcohol. Its ingredients are the champagne and absinthe, two drinks that – as you can imagine – together are “literally” a  bomb. So if normally you like Pina Colada or Manhattan, better not play and drink like Hemingway.

It was in 1935 when the writer first published the recipe in “So Red the Nose or Breath in the Afternoon”, a book that collected contributions of cocktails devised by famous characters.

In it, Hemingway himself wrote: “Put an ounce of absinthe into a glass of champagne. Add chilled champagne until it reaches an opalescent milky consistency. Drink three to five slowly. “

Perhaps the number proposed by the Nobel Prize for Literature is a bit exaggerated.