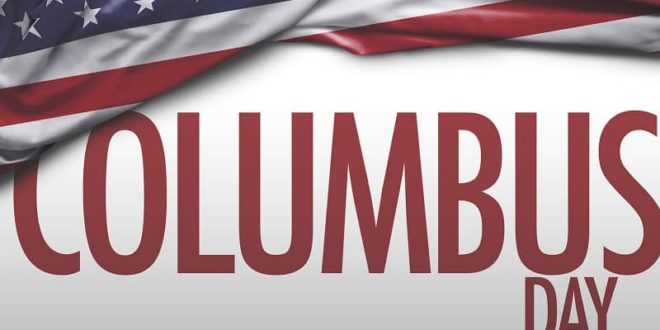 Columbus Day is offensive to many Native Americans!

Many cities decided that Columbus Day is offensive to many Native Americans in the United States and have decided to stop referring to this holiday as such. In 2015, at the last Columbus Day celebration, 14 places supported the change of this national holiday to October Indigenous Peoples Day.

Columbus Day is centered on Christopher Columbus who discovered the United States, even though he was trying to sail to India. Upon arriving at the shore, Columbus met Native Americans which he names Indians because he thought that he had landed in India. Citizens of the United States want to shift the focus from the explorer to the indigenous people. It is a progressive change in thought process to no longer look at Columbus, but the voices of an unknown people that were taken over during the exploration of America.

Columbus Day Losing Support for Its Name, Americans Speak Out!

Columbus Day receives a lot of negative attention because historians all state that he did not discover America. In fact, upon arriving in America, there was a lot of murder and rape of these innocent indigenous people that were trying to live their lives. Vermont is the last state to stop celebrating Columbus Day for a memorial for indigenous people. South Dakota removed Columbus Day in 1990 and celebrated Native American Day.

Columbus Day now receives negative reviews as a day of celebrating genocide as well as colonialism.  It isn’t that Christopher Columbus should be stricken from the history books, but the discovered people have a voice as well. The path of Columbus Day will be to provide healing to those that have been wronged in the past, and this can’t take place under the holiday’s current name. It is expected that many more states will follow suit and alternatively rename this holiday in the future.