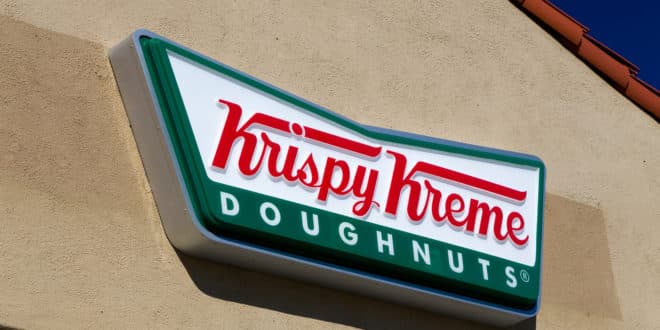 Krispy Kreme on a Sugar High After Sweet Takeover

Krispy Kreme got a caffeine boost after coffee giant JAB Beech announced it is acquiring the doughnut chain. The Luxembourg-based investment firm said it is taking the North Carolina doughnut company private in a deal worth about $1.35 billion.

The companies said Krispy Kreme will continue to be independently operated from its headquarters in Winston-Salem, North Carolina. Krispy Kreme, which was founded in 1937, has more than 1,100 shops around the world, with about 300 of those in the U.S.

Unlike its larger rival Dunkin’ Donuts, Krispy Kreme stores in the U.S. still get most of their business from doughnuts and other pastries, rather than coffee drinks and sandwiches. But Krispy Kreme has said that it wants to step up its beverage sales.

JAB Beech Inc. will pay $21 for each share of Krispy Kreme Doughnuts Inc. That’s about a 25 percent premium to the company’s Friday closing price of $16.86.

Krispy Kreme’s board unanimously approved the transaction, which is targeted to close in the third quarter. The company said it will postpone its annual shareholders meeting, which was originally set for June 14.

To go to the original version of the article, please visit http://www.nbcnews.com/.