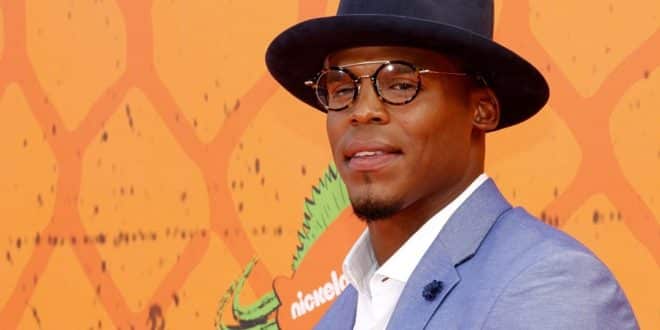 Cam Newton Is a Stand Up Guy

Cam Newton may sometimes get hit in the media, but this Carolina Panthers quarterback knows the importance of giving back to the community. Newton may have been in the news for some negativity, but he has made a big impression on the people that he helps with his foundation.

The Cam Newton Foundation has once again debuted their “Super Cam Club” which is a fundraiser that asks fans to donate money that will assist in the education of youths across the entire Carolinas. Newton has always been one to stand behind the children when they are in need, and what better way to help these kids than to give them the gift of education. Children from underprivileged areas do not have the opportunity to go to school, which would afford them a better future. It is important that people like Newton step in to help those that need to help the most.

Cam Newton also wants all of his fans to donate to get into his cause. He encourages those that want to help the children to give five dollars to fifty for every single passing or rushing touchdowns that he scores this season. These wagers included postseason and now is relevant for regular season games.

The Panthers opened their regular season against the Denver Broncos on September 8th, and fans were watching to see what bets that they were going to make. This charitable spirit is all in good fun and just shows the spirit that Newton brings to the game. No matter how invested he is in his career, he is focused on bettering the world through his work with the children.

Cam Newton may get an appalling reputation sometimes, but all of the charity work that he is involved with makes him a shining role model for anybody else in the NFL.

The next time someone says something negative about Newton, remember the children.