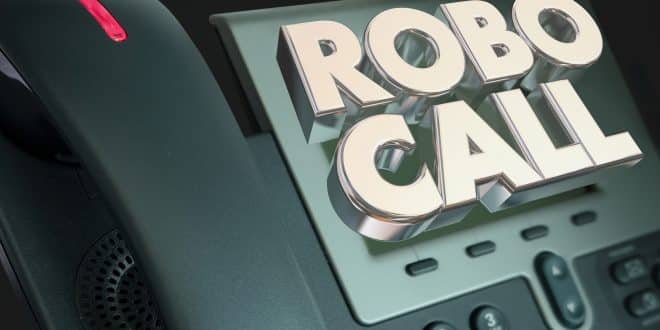 AT&T (T) CEO Randall L. Stephenson Had a robocall on stage during a live interview

Don’t you hate those robocalls over and over again? They just drive you crazy. So check this out the AT&T (T) CEO Randall L. Stephenson is having a live interview and he gets a robocall How embarrassing is that.

The war on robocalls is getting worse by the day.

AT&T (T) CEO Randall L. Stephenson was rudely interrupted that afternoon by a robocall while being on stage at a conference held at the Economic Club of Washington, DC.

The ironic part was that the topic was about robocalls. That very day, AT&T mentioned that it in conjunction with Comcast, the leading giants in the U.S., have exchanged “dozens” of calls with the advancement in some new technology designed to be robocall-proof if possible at all, the companies are calling an “industry first.”

The new system in the works they call it SHAKEN/STIR; it is tested in different parts of the United States, under strong recommendations from the FCC. Unwanted robocalls are the most common complaint the agency receives, and it has made it a priority ending those nasty robocalls.

The technology works by the caller’s network “signing” or authenticating an outgoing call, will add a digital signature like a quality-control mark. On the other side, the Cell networks that receive the call can verify this signature.

Robocalls are like a plague. Some people get 8 to 15 per day. This a joke. Now the CEO gets one while on stage, how funny is that. Do you think he was on the do not call list?
Hopefully, this new SHAKEN/STIR system will help and make it much more stringent.

The new Google XL3 has a feature called call screening that allows you to hit a button called call screen and it will give a message that this a google assistant, please state the purpose of your call. Once you realize it is spam, hit block and report.