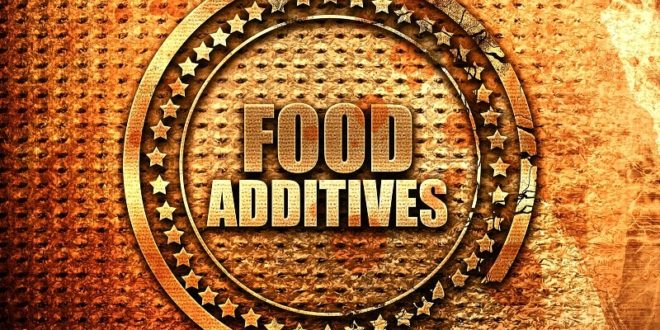 These Additives In Your Food Could Be Deadly!

When’s the last time you were at a grocery store and looked at the side of a box of cereal, or the list of nutritional facts with a package of cheese? It’s probably been a while, right? Maybe you should take a closer look the next time you’re shopping, and really think about all of the ingredients that are in food enjoyed by you and your family. Some of the ingredients are dangerous additives and chemicals that can possibly cause diseases, and lead to early deaths.

The majority of “real foods” such as eggs, meats, vegetables and seafood are primarily unaltered and are held to stricter regulations by the Food and Drug Administration, also known as the FDA. However, processed foods are an entirely different topic, as each can be a chemical cocktail of different ingredients and substances. Since the 50’s, the number of food additives allowed in American food has gone from about 800 to over 10,000. So, the food’s that you might have eaten as a kid aren’t the same as what’s on grocery shelves today.

Now that you know why processed foods can be dangerous, let’s take a look at what to locate on food labels, so that you’ll know what to avoid. The most prevalent additive is high fructose corn syrup, a sweetener commonly used in soft drinks.  Fructose gets moved to your liver, the only organ that can transport it, and you intake a lot of it in a typical Western diet. This means that fructose can have the same effects on your liver as alcohol. The more HFCS a food contains, is more worse for your overall health.  It’s best to keep your total fructose level to about 25 grams per day, which can be very difficult, as a 12 oz can of soda has this much by itself.

Next are artificial sweeteners, such as Aspartame. A major player in the rise of American obesity, it’s a sweet tasting neurotoxin that can be found in products such as Splenda. While sugar can be bad for your body, it’s become clear that artificial sweeteners are just as bad, if not worse.

Monosodium Glutamate, or MSG, is most commonly associated with Chinese food, but can also be found in numerous processed foods. Everything from frozen dinners to salad dressings can contain MSG. It’s an excitotoxin, which gives it the ability to overexcite your cells, eventually leading to diseases. Excitotoxins are believed to lead to Alzheimer’s, ALS, as well as Parkinson’s disease.

So what’s the best way to combat these dangerous chemicals? First, take a closer look at the food labels when you’re shopping. Look for these items, and choose another food if the chemicals are in there. Look at organic grocery stores, as they will have less chemicals and better food for your body. Grow your own food, and enjoy a fresh tomato or apple! Basically, if you stay attentive and realize what you put in your body, it will be better for you in the long run, and improve your health.